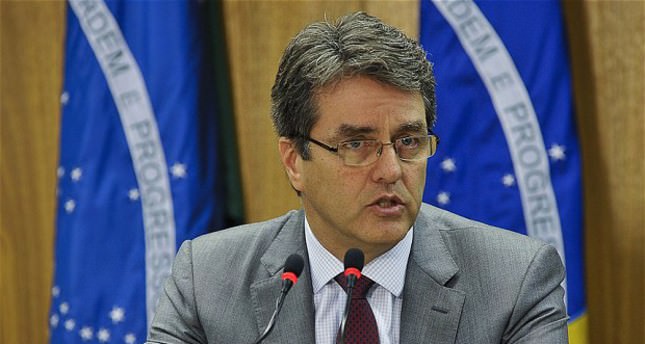 by AA
Nov 28, 2014 12:00 am
Members of the World Trade Organization approved the first-ever multilateral trade agreement on Friday, one which is projected to boost global trade by $1 trillion. According to a statement released on the organizations website, "The Trade Facilitation Agreement" has been approved by all 160 members of the organization. The agreement means that the organization will introduce new standards for customs checks and border procedures. U.S. Trade Representative Michael Froman said the agreement would mean a significant reduction in costs and transaction time in customs procedures and would unlock new opportunities for all countries.

Permanent Representative of Turkey to the World Trade Organization (WTO) Ambassador Mehmet Haluk Ilıcak underlined the importance of the organization and how defending one's rights before the WTO matters in terms of signing bilateral deals. "We are planning to take some steps in order to draw the interest of the Turkish business world to the WTO. We will plan certain programs with big holdings, business circles and trade institutions such as TÜSİAD, MÜSİAD, TOBB, DEİK to increase their interest in the WTO," said Ilıcak. Touching on the significance of the decisions passed by the WTO, Ilıcak stated that when bilateral trade agreements are signed with a country, such agreements will only be binding on Turkey and that country, which can renounce the deal at any time. Agreement has been reached in three areas: Facilitation of trade, simplification of global customs processes and management of food and stocks during the meeting as stated by Ilıcak, who further added that the agreement will enter into force on July 31, 2015.