Conflicts between olive producers and exporters 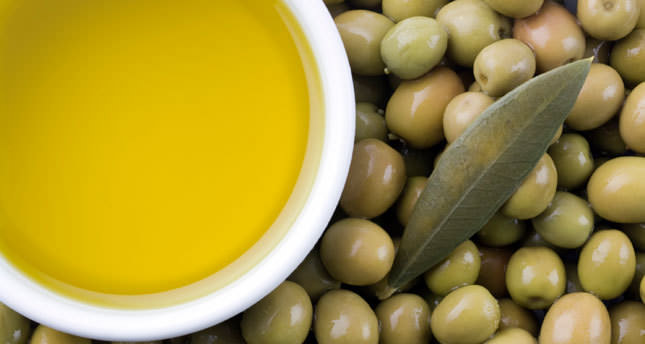 by Pınar Çelik Nacar Dec 10, 2014 12:00 am
The drought that hit Spain has hit Turkey too, which has increased olive and olive oil prices. While exporters are not pleased with the higher prices, manufacturers are determined not to lower prices and are content with selling their products to local markets. The drought has destroyed crops in many olive-rich countries in Europe, and following the drop of prices due to drought in Spain and Portugal, a strain of bacteria damaged the olive trees in Italy, which has both increased prices and made it difficult to find high-quality crops. In the wake of the damage to Southern European olive crops, eyes turned to Turkey with hopes that Turkish producers could help keep up the supply to meet demand. However, after the prices in the domestic markets increased by 50 percent, exporters stopped buying Turkish products. The deputy chairman of the Ege Olive and Olive Oil Exporters Union, Emre Uygun, also noted that the product quality and the harvest levels in Turkey were also low in 2013 and there have not been any crops left over from last year. "Therefore, there was an increase in prices in the domestic markets and due to the drought in Europe, olive and olive oil prices in Turkey boomed," Uygun said, and added that this will have an adverse effect on the olive exports of Turkey. Currently, the Turkish prices are higher than the prices in Europe. Faik Buğdaycı, the owner of Bereket Zeytin ve Buğdaycı Zeytin, which has been growing olives for the last 35 years, said that the input costs are high in the sector due to the cost and maintenance of high technology agricultural machines; therefore, producers do not want to lower their prices for exporters since they are capable of selling their products in the domestic market. Currently in Spain, the world's largest olive producer, olive and olive oil production has decreased by 40 percent and when Portugal was also hit with a draught, the prices in Europe increased by 30 percent. The Spanish and Portuguese economies are also suffering since Europeans do not want to consume such expensive olives.