A public bank branch to open in Ethiopia 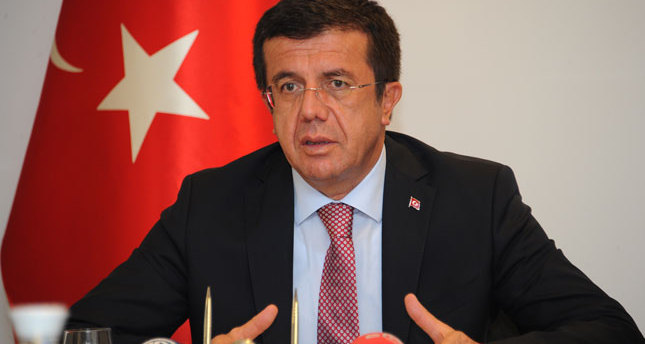 by Anadolu Agency Dec 12, 2014 12:00 am
In accordance with Turkey's African Expansion Strategy, a Djibouti and Ethiopian Trade and Engineering Committee was established under Economy Minister Nihat Zeybekci. Speaking at the Ethiopia-Turkey Business Forum, Zeybekci announced that the expansion strategy will be maintained and cooperation with Djibouti and Ethiopia, which are the main trade centers in Africa, will increase. He also said that a strong Turkish public bank will begin operations in Ethiopia soon.

"We are not here to increase our military actions or to establish a military base in the region. We are here to establish an economic base that both parties will benefit from commercially," said Zeybekci, and added that Turkey is ready to begin a partnership with Ethiopia in building a Private Economic Zone, which will be constructed in Djibouti. He also highlighted that authorities in the Turkish economy are pleased with the positive stance of the Ethiopian government toward the Private Economic Zone. Ethiopian Prime Minister Hailemariam Desalegn emphasized that Ethiopian officials shared their visions with his counterpart, Prime Minister Ahmed Davutoğlu, when he was the minister of Foreign Affairs. Desalegn is glad that Zeybekci will also underscore the same vision of Turkey using Ethiopia as an entrance to Africa.