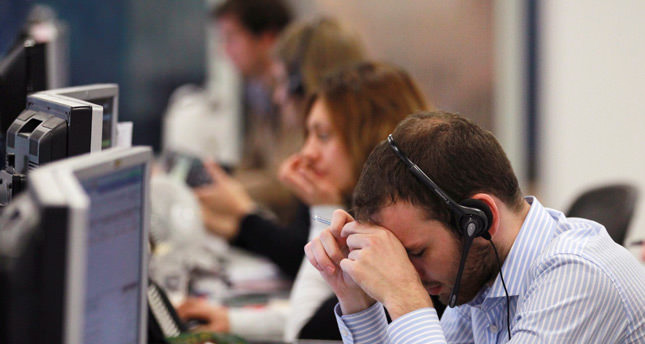 by Feb 03, 2015 12:00 am
Weak and volatile markets and political uncertainty led firms in London's financial sector to cut back on hiring last month after a strong 2014, according to two financial and related professional services job surveys on Monday. A total of 2,788 new jobs were created in January in the British capital's banks, insurers and related industries, down 18 percent from the same month in 2014, according to recruitment agency Asbury Marsden.

The agency cited falling oil prices and the shock removal of the Swiss franc's cap as factors, saying firms had also paused hiring to wait out the Jan. 25 national election in Greece. "There has been a huge amount for the markets and for the banks to absorb," said Adam Jackson, managing director of Astbury. "City recruitment was gaining momentum during 2014, but with all the drama of recent weeks it is not surprising that we are seeing a slight pause."

January is usually a bumper time for new finance hires, as staff take their bonuses and switch positions for better pay and prospects. January job creation was up 156 percent on December, a dead month for new roles in any year. A buoyant sector of the job market was compliance and risk, where teams have been steadily beefed up, Astbury Marsden said, as banks respond to a flurry of regulatory reforms. Employment in financial and related professional services as a whole was up 2.5 percent year-on-year in December 2014, propelled by a surge in professional services jobs, which rose 4.3 percent, according to a separate survey by industry lobby group TheCityUK.

Accounting and management consultancy saw the biggest sector job gains for the year, it said, up 6.3 percent. TheCityUK also noted that industry employment growth outside London outpaced that in the capital for the first time since 2009, rising 2.7 percent. The rise underscores the value of financial and related professional services to the national economy, said Chris Cummings, TheCityUK's chief executive. "As well as being a significant employer in its own right, (the industry) also underpins job creation and boosts growth across the broader economy."

Despite the poor January showing reported by Asbury Marsden, TheCityUK forecast a strong 2015 for the financial and related professional services industry, estimating UK-wide sector job growth of 2.5 percent by the end of the year. With a UK general election looming in May, the lobby group called on policymakers to create a supportive policy environment for London's continued competitiveness as a financial sector.