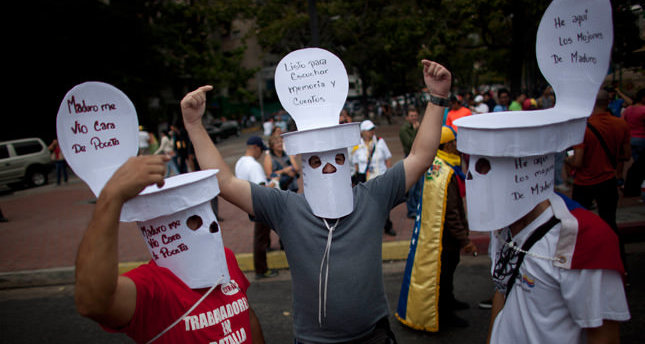 by Feb 03, 2015 12:00 am
At least 40 major U.S. companies have substantial exposure to Venezuela's deepening economic crisis, and could collectively be forced to take billions of dollars of write downs, a Reuters analysis shows.

The companies, all members of the S&P 500, and including some of the biggest names in Corporate America such as autos giant General Motors and drug maker Merck & Co Inc, together carry at least $11 billion of monetary assets in the Venezuelan currency, the bolivar, on their books. The official rate is at 6.3 bolivars to the dollar and there are two other rates in the government system - known as SICAD 1 and SICAD 2 - at about 12 and 50. The black market rate, though, was at about 190 bolivars to the dollar on Sunday, according to the website dolartoday.com. The problem is that the dollar value of the assets as disclosed in many of the companies' accounts is based on either the rates at 6.3 or 12 and only a limited number of transactions are allowed at those rates. The assets would be worth a lot fewer dollars at the 50 rate in the government system and the dollar value would almost be wiped out at the black market rate. The currency system is also about to be shaken up following an announcement by Venezuela President Nicolas Maduro on Jan. 21, leading to fears of a further devaluation. American companies will also have additional exposure to the bolivar that isn't disclosed because they don't see the size of that exposure as material to their results. The Reuters analysis also doesn't look at the thousands of publicly traded and private American companies that aren't in the S&P 500 and will in some cases have bolivar assets.

Some leading American companies have already decided that the stronger exchange rates - the official rate at 6.3 and the SICAD 1 exchange market at 12 - are not reflective of the currency conditions they face in the South American country.

Using the stronger exchange rates is unrealistic because of how hard it is to repatriate profits earned in Venezuela back to the United States at any rate, let alone those rates, securities analysts say. Citigroup Inc says it has not been able to buy U.S. dollars from the Venezuelan government since 2008. Companies can seek dollars at the official rate if they are using those dollars to import raw materials for production of priority goods such as food and medicine, and some can buy dollars at the SICAD 1 rate at around 12 bolivars to the dollar through auctions that are typically held several times per month but are only targeted at specific sectors. As tumbling oil prices have left Venezuela with fewer dollars, its currency board has steadily reduced approval for repatriation of dividends at the official rate.