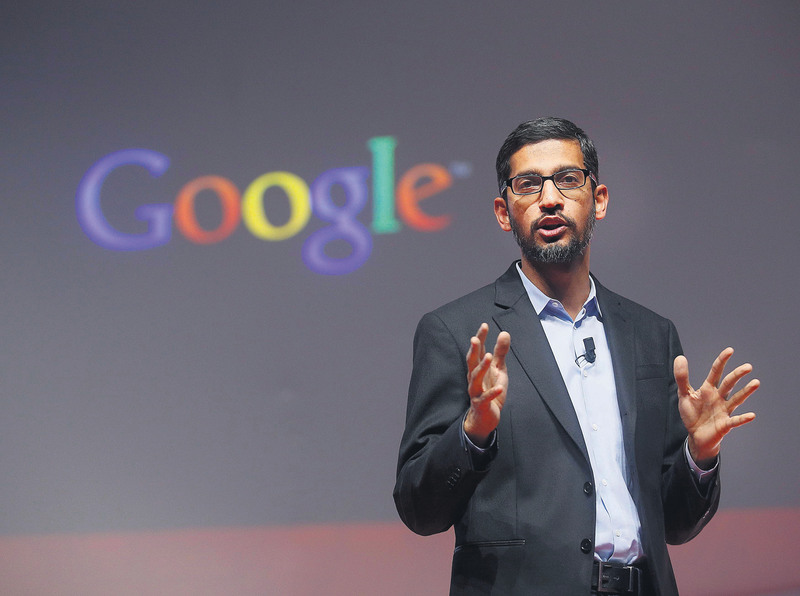 Along with dominating the search engine industry, Google wants more people to get online so they can search and click on its ads. The company will soon sell data plans for smartphones and tablets in the U.S.

Search giant, self-driving car developer, smartphone and tablet maker. Turned data plan provider? Google wants more people to get online so they can search around and click on its ads. And it's shaking up the telecom world to do it. The company said Monday at the wireless show in Barcelona, Spain, that it will soon sell data plans for smartphones and tablets in the U.S. The announcement confirmed leaks and media reports in late January that Google planned to enter the telecom market. More information will be released "in the coming months," Sundar Pichai, Google Inc.'s senior vice president of products, said during his presentation.

The move into the wireless market mirrors what Google has been trying to do for hard-wired Internet access at home. The Mountain View, California, company currently sells an ultra-fast fiber-optic Internet service in a handful of markets scattered across the U.S. in an attempt to pressure long-established broadband providers to improve their prices and cut their prices.

Google conceivably do something similar for wireless by offering discounted data plans that would pressure major carriers such as AT&T Inc. and Verizon Communications to offer better deals and services or risk losing customers to a powerful rival. "Any time there is a new entrant with the resources and imagination of Google, it most definitely could shake up the market," said Gartner analyst Bill Menezes. Pichai downplayed the competitive threat that Google might pose. "We don't intend to be a network operator at scale," he said. "Our goal here is to drive a set of innovations which we think the ecosystem should evolve and hopefully will get traction." Pichai compared Google's latest move to its decision to launch its own line of Nexus smartphones, which he said Google uses not to compete with other smartphone makers, but to introduce innovations in mobile hardware.

Finding a way to provide a "seamless" Internet connection when a device moves from Wi-Fi to cellular coverage as one example of goals Google would like to target, Pichai said. He also noted that Google is also working on "Android Pay," a mobile payment system similar to "Apple Pay," that will work across all Android-powered devices.

Google plans to be a "mobile virtual network operator," which means it will lease space on an existing system. Pichai didn't name Google's wireless partners, but previous media reports have identified Sprint Corp. and T-Mobile US Inc. Neither of those carriers has confirmed those plans yet.

Selling Google access to their wireless networks would help Sprint and T-Mobile recoup some of their extensive investments. If Google's entry into the wireless market is successful, the company may even try to take over Sprint or T-Mobile, Menezes said. "This could end up being a 'try it and then buy it' strategy," he said.

T-Mobile already has been lowering its prices and rolling out other wireless plans that have undercut the status quo. Some of those changes have prodded AT&T and Verizon to take steps that have helped their existing customers save money.

Google is constantly looking for ways to get more people online in an effort to drive more traffic to its Internet-leading search engine, Gmail and YouTube video site. All those services display the ads that generate most of Google's revenue. Google also collects commissions on millions of ads distributed to other sites. The company is using solar-powered drones and a fleet of high-altitude balloons to beam Internet service in some parts of the world. While Facebook CEO Mark Zuckerberg and Google Vice President Sundar Pichai say they might like to collaborate more, they are taking very different approaches to getting the world connected.

Internet.org is Facebook's fledgling effort to create new users in countries with little or low Internet use. Zuckerberg said yesterday that it has launched apps with basic free services in six countries: Zambia, Ghana, Kenya, Tanzania, Colombia and most recently, India. Zuckerberg said initial feedback from telecom partners in those countries has been positive, and called the app an "onramp" for paid services. "Even if they have never used Internet in their life, they have basic services they can use communication, health, education and jobs and that basically serves as an onramp so people can learn why they would want to pay for data," Zuckerberg said. "And we are finding that is growing paid subscribers and overall subscribers of the Internet."

The app is customized for each country and telecom operator so as to lure new users while not hurting the telecoms' already existing base of customers by offering free versions of services users already pay for. That is the reason why Internet.org does not include the WhatsApp messaging service, bought by Facebook last year.

While both executives said they would be willing to work more together internet.org, for example, includes Google Search they also made sure to underscore their differences.

"No one company can bring connectability at scale for 4 billion people, and we are happy to work with them to provide our services on internet.org, so that's exciting for me," Pichai said. "Having said that, it's complementary, but what we are trying to do is different. We are trying to provide the actual backbone, the physical connectability at scale across the globe, so it is different." Facebook is also experimenting with drones and satellites, however Zuckerberg said that the focus on high-tech fixes is "sexy" but not as important as helping local telecom operators grow their businesses.
Last Update: Mar 03, 2015 11:55 pm
RELATED TOPICS