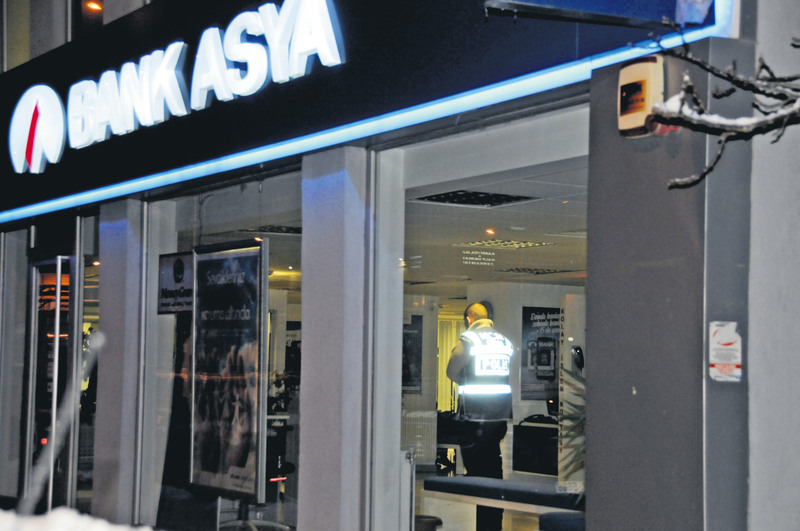 by Daily Sabah Mar 04, 2015 12:00 am
Turkey's banking watchdog, the Banking Regulation and Supervision Agency (BDDK), yesterday seized Kaynak Holding's share in Bank Asya because of an unauthorized share transfer. The bank is affiliated with the Gülen Movement and was seized by the Savings Deposit Insurance Fund (TMSF) due to uncertainties about its shareholding structure.

Daily Sabah reported last week that the shareholders of Bank Asya were trying to rescue their investments through various covert means and that the main shareholder of Forum İnşaat and Sürat Basım, which owns 16.3 percent of the preferential shares of the bank, block holder Kaynak Holding, was transferred to a Netherlands-based shell corporation 13 days after the bank was seized by the TMSF.

The operation was kept hidden from both the TMSF and the BDDK, and was revealed only when the shareholding structure of the Netherlands-based company, which was founded with 20 million euros, was examined. The BDDK decided yesterday to give the control of the shares of Forum İnşaat and Sürat Basım to the TMSF because of unauthorized share transfer to the Netherlands-based shell corporation.
Last Update: Mar 05, 2015 10:00 am
RELATED TOPICS