Euro to fall below 1.08 US dollar for the first time in 11 years 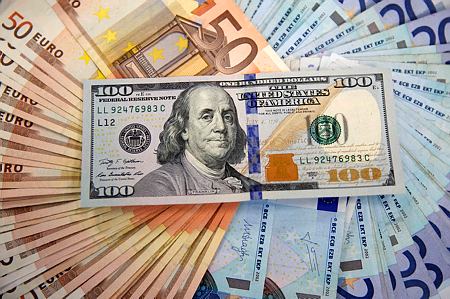 Some analysts expect the euro to fall to parity with the dollar.

Consultancy Oxford Economics and international bank Goldman Sachs had forecast that the euro will drop to parity against the dollar by the end of 2016.

However, at its current rate of decline, the euro could reach parity much faster.

The European Central Bank's stimulus policy, in which bond and security purchases inject liquidity into the economy, with the effect of increasing the money supply, is pushing the value of the euro lower against most major currencies.

Increases in the money supply generally reduce the value of a currency.

However, dollar strength is also pushing the euro lower. Strong economic data from the U.S. have boosted the value of the dollar, bringing the dollar index to a recent eleven-and-a-half-year high on Friday of 97.84.

The Turkish lira has also fallen sharply against the strong dollar, holding at about 2.63 on Tuesday.