Qatar to begin $1B project to rebuild 1,000 homes in Gaza 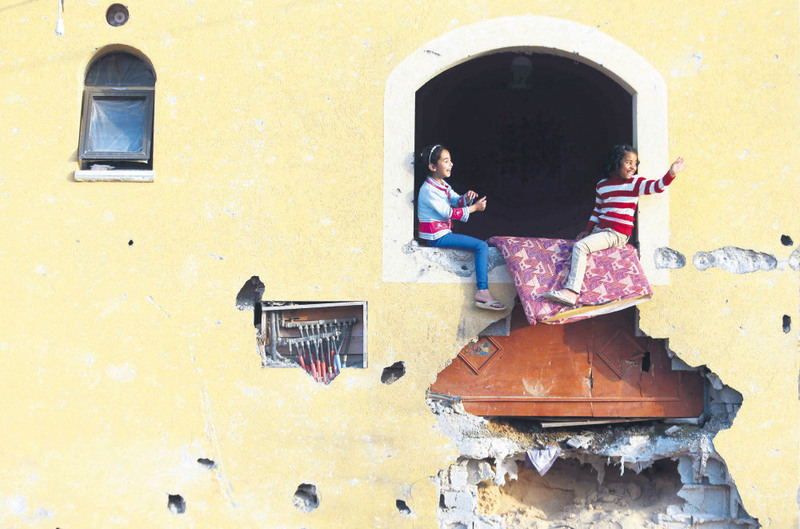 With 130,000 houses demolished or damaged, largely by Israeli air strikes and shelling during the July-August war in 2014, Qatari Committee to Rebuild Gaza began a $1 billion project to rebuild the region

A Qatari official visiting a Gaza neighborhood heavily bombed in last summer's war with Israel said on Tuesday the Gulf Arab state had begun a project to rebuild 1,000 homes as part of a $1 billion aid pledge according to Reuters.

Mohammad al-Amadi, head of the Qatari Committee to Rebuild Gaza, said that earlier in the day Israel had allowed four truckloads of cement into the Gaza Strip so that the planned construction of the dwellings could begin. "Today we are starting the $1 billion (effort)," Amadi told reporters as he stood in the rubble of a hospital destroyed during the 50-day Gaza war.

Cogat, the Israeli military office that coordinates the movement of goods into Gaza, said the cement shipments were being handled by the Western-backed Palestinian Authority. The PA exercises limited self-rule in the West Bank, which Israel took in a 1967 war, while Hamas rules Gaza.

Late last year, to try to speed up reconstruction in Gaza, the United Nations agreed with Israel and the PA on a mechanism for closer monitoring of critical materials like cement and iron going into the territory. Israel has tightly limited the flow of concrete, cement, iron bars and other materials into Gaza, calling them "dual use" items that could have a military purpose if they were seized by Hamas to rebuild tunnels used to launch attacks. At a donors' conference in Cairo in October, some two months after the latest Hamas-Israel war ended in an Egyptian-brokered ceasefire, Qatar said it would provide $1 billion in reconstruction assistance for Gaza. In all, some $5.4 billion was pledged at the meeting, but little of that has reached Gaza. Qatar is a major ally of Hamas and currently hosts the group's chief political leader, Khaled Meshaal.

Separately, for the first time since 2007, Gazan farmers will begin exporting vegetables to Israel, a Palestinian official has said. "Two shipments, made up of 30 tons of tomatoes and eggplants, will be exported to the Israeli market on Thursday," Tahseen al-Saqqa, a marketing director at the Palestinian Agriculture Ministry, told Anadolu Agency. The Israeli army said last week that Gazan farmers would be able to sell vegetables to Israeli buyers for the first time since 2007 when Israel imposed an airtight blockade on the Palestinian enclave. The move comes as Israel marks "shmita," a Jewish holiday for which farmers must let their land lie fallow once every seven years. Some 44,000 workers - about 11 percent of Gaza's total workforce - earn their living by working in agriculture-related jobs, according to Saqqa. Israel recently allowed Gaza to export a handful of foodstuffs, including tomatoes, cucumbers, eggplants, sweet peppers, zucchini, strawberries and fish, to the occupied West Bank.
Last Update: Mar 12, 2015 1:22 am
RELATED TOPICS