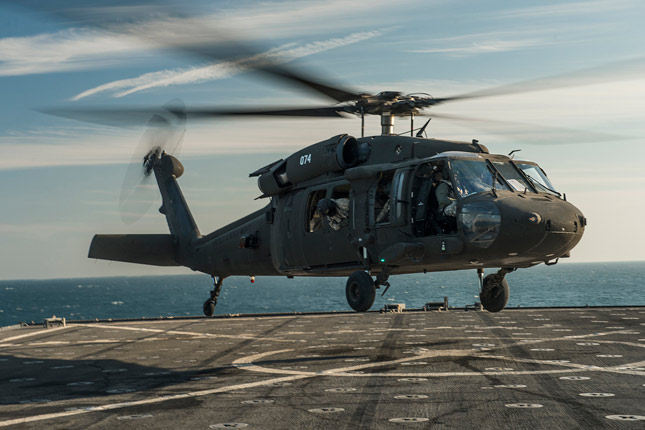 by Associated Press Mar 13, 2015 12:00 am
United Technologies said Wednesday it is weighing options for its Sikorsky Aircraft division, including a possible spinoff of the maker of Black Hawk and other military and commercial helicopters. The Hartford, Connecticut, company said it hasn't set a timetable for any action regarding Sikorsky and that there's no guarantee it will spin off the unit. Sikorsky accounted for about $7.5 billion of United Technologies' total sales of $65 billion last year. The conglomerate's other divisions include jet engine manufacturer Pratt & Whitney and Otis elevator. The company is looking into whether spinning off Sikorsky "would allow United Technologies to better focus on providing high-technology systems and services to the aerospace and building industries," CEO Gregory Hayes said in a statement. United Technologies said it will give further details on its plans for Sikorsky at its annual meeting with investors and analysts on Thursday.