Chinese firm seeks $100B from Qualcomm 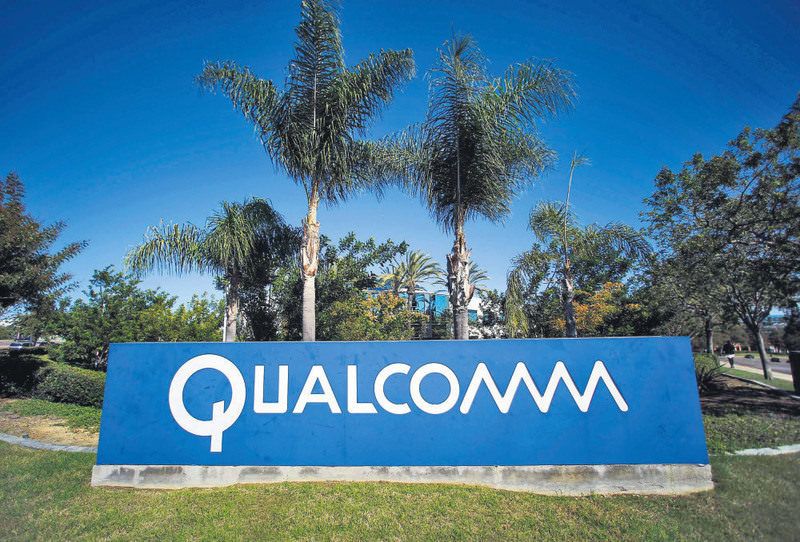 by French Press Agency - AFP
Mar 17, 2015 12:00 am
A Chinese semiconductor company will seek a $100 billion penalty against Qualcomm for trademark infringement, it said yesterday - almost as much as the US mobile chip titan's entire market capitalisation. The claims from Shanghai-based Genitop Research come after Beijing fined the U.S. firm nearly a billion dollars for monopoly offences. Genitop, which develops Chinese character information processing software and semiconductor chips, sued Qualcomm last year, alleging it had infringed its China-registered trade marks by using the Chinese phrase Gaotong in its Chinese company name and product brand. Genitop says it registered the phrase, which means "high communication", as its trademark in 1992 and demanded 100 million yuan ($16 million) in compensation. The case has yet to be decided but Genitop said yesterday it will ask the Chinese government to probe Qualcomm's "trademark infringements" in the country. It would seek an "administrative penalty" of $100 billion, Genitop's lawyer Chen Ruojian said, adding that under Chinese law, such penalties can be set at three times a firm's sales, and Genitop arrived at the figure by combining three years of Qualcomm's turnover in China.
Last Update: Mar 18, 2015 1:52 am