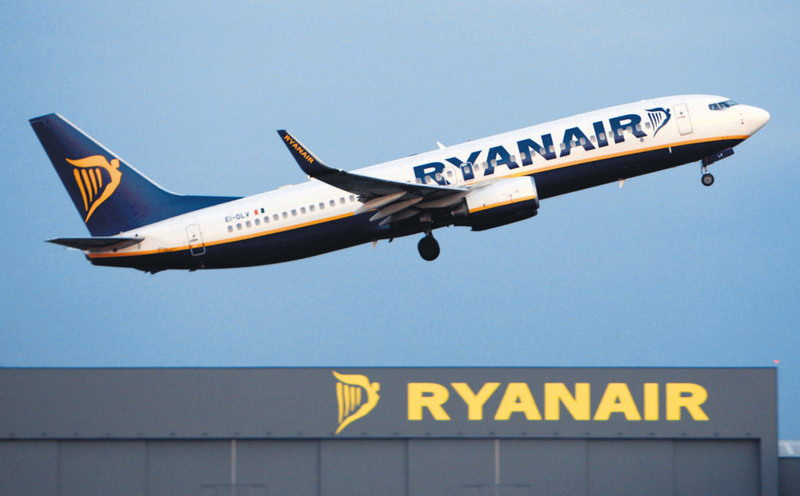 by Mar 20, 2015 12:00 am
Confusion reigned on Friday over transatlantic flights envisaged by low-cost airline Ryanair, which this week announced its board had approved the plans but then said it had not done so. The Irish airline on Monday unveiled plans to link several European cities to destinations in the United States including New York, Boston and Washington with tickets starting at $15. "The board of Ryanair has approved the business plans for future growth, including transatlantic," the carrier said in a statement on Monday. But in another statement on Thursday, the company said: "The board of Ryanair Holdings wishes to clarify that it has not considered or approved any transatlantic project and does not intend to do so." A source close to the matter told AFP that the company was still intending to launch transatlantic flights but said that the confusion arose because the plans would have to be approved not by the Ryanair board but by the board of a separate future brand. "The board of Ryanair would not have seen or signed off these plans because it would be a different company that would have to do that," the source said. Ryanair is "very much still pushing ahead with these plans", the source said, adding that the airline would first have to buy long-haul planes. Stephen Furlong, aviation analyst with Davy Stockbrokers, said: "It's certainly a public relations mess.

"It's not a U-turn. It's just the board had never formally approved transatlantic plans," he said. "I think the confusion came about over what they might do under Ryanair PLC rather than some other company that hasn't even been set up yet," he added.
Last Update: Mar 20, 2015 10:51 pm
RELATED TOPICS