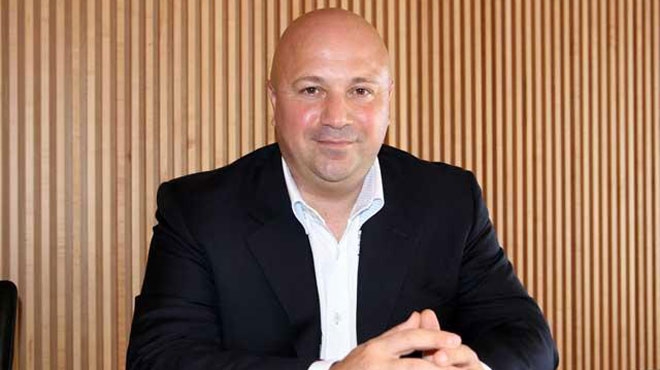 The company chose Terzioğlu to replace Süreyya Civil, who had resigned from his post in January after serving Turkcell for eight years. According to the statement released by the company after the board meeting, Terzioğlu will assume his new role as of April 1.

Nordic telecommunications giant TeliaSonera and others who hold shares in Turkcell Holding agreed on Wednesday to demand the payment of Turkcell dividends from 2010 at the next shareholders meeting.

TeliaSonera is the biggest direct stakeholder with 38 percent in the mobile operator, while 27.25 percent of the shares are publicly traded. TeliaSonera owns 14 percent directly and the remainder through its minority interest in Turkcell Holding.

Turkcell has not paid a dividend since 2010, and the amount accrued is close to TL 4 billion. This represents dividends for the fiscal years 2010 to 2014 and corresponds to around 42.5 percent of the net profit accumulated during the period. TeliaSonera expects dividends of TL 1.5 billion.

Turkcell is Turkey's largest mobile phone operator with about 35 million subscribers, which represents about half of the entire Turkish market. Alfa Telecom is a part of Russian billionaire Mikhail Fridman's Alfa Group.

New CEO Terzioğlu had been a Director of Akbank T.A.S. since April, 2012. He began his career at Arthur Andersen and Company in Istanbul as an auditor and financial consultant and moved into management consulting in Chicago and Brussels focusing on information technologies, information security and knowledge management from 1990 to 2000. He worked for Cisco Systems for the 12 years holding various executive responsibilities and serving in numerous international positions.