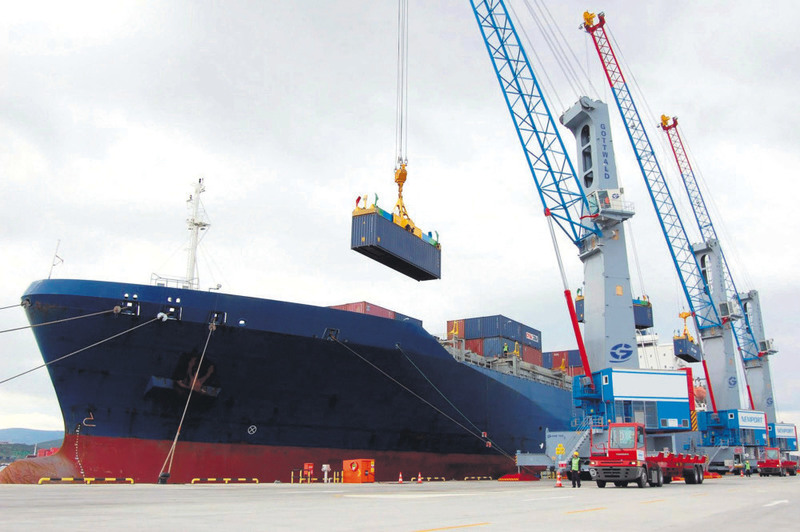 by Anadolu Agency
Mar 26, 2015 12:00 am
Turkey's exports to Russia from January to February 2015 fell 35.7 percent to $611 million from $951 million for the same period the previous year, the Turkish Exporters Assembly said yesterday. Exports of automobiles to Russia plunged 52 percent year-on-year for the same period, Automotive Industry Exporters Association head Orhan Sabuncu said. "Exports to Russia, which is our main alternative market for the automobile industry, continue to fall at a rapid pace. I think we should wait a bit more and observe the evolution," Sabuncu said. The export volume of the automotive industry to the Russian market dropped to $65 million in the first two months of the year from $137 million in the same period last year. "I expect improvement for exports; after we see the May and June numbers, we will have a clearer idea for the rest of the year," Sabuncu said. For 2014, total Turkish exports to Russia were $157.6 billion. Russia is Turkey's second most important trade partner after Germany. Russia is mired in recession. The ruble has fallen about 40 percent against the dollar in the past year, making foreign goods expensive in the country. Gross domestic product is forecast to drop up to 4 percent this year, the most since 2009, the central bank said March 13. Retail sales fell 7.7 percent in February, the most since 2009. Car purchases dropped 38 percent in Russia last month, according to Russian Economics Ministry statistics.
Last Update: Mar 26, 2015 2:17 am