Telefonica sells O2 to Hutchison Whampoa for $15B 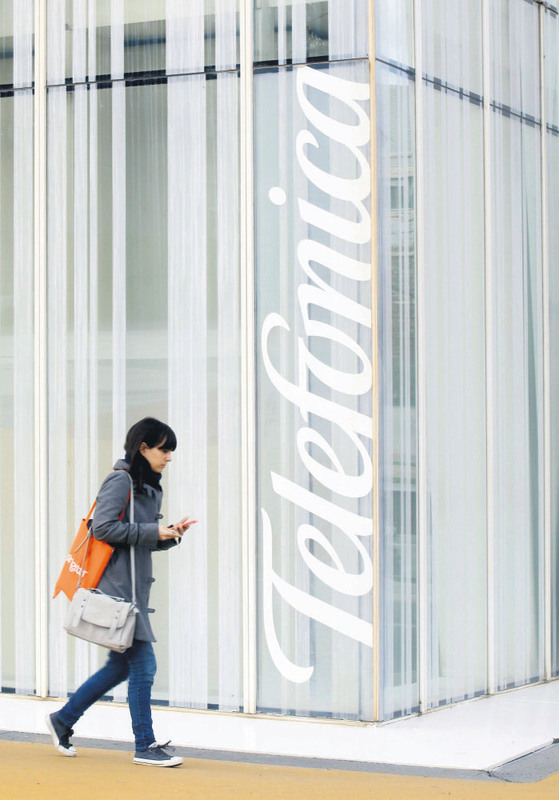 by Mar 26, 2015 12:00 am
Spain's Telefonica said Tuesday it would sell British telecom giant O2 to Hong Kong group Hutchison Whampoa for 10.25 billion pounds in a deal that could create Britain's biggest mobile phone firm. "A definitive agreement has been reached after the finalization of the process of due diligence on O2 UK," the Spanish firm said in a statement, adding the deal was worth the equivalent of 14 billion euros ($15.2 billion).

Subject to regulatory approval, Hutchison Whampoa will make an initial payment of 9.250 billion pounds and a further 1.0 billion pounds later once O2 reaches an agreed cash flow level, it said. It hopes to wrap up the deal by June 30, 2016 - a deadline that may be pushed back to Sept. 30, 2016 in certain circumstances. It is the latest purchase in a spending spree by Hutchison's owner, Hong Kong investment tycoon Li Ka-shing, one of Asia's richest men. Li, 86, who is worth $30.6 billion according to Bloomberg's Billionaires Index, announced a sweeping re-arrangement of his business empire in January.

Hutchison already owns Britain's Three mobile phone network - if he merged O2 with that company, he would reduce to three the number of players in Britain's fast-consolidating wireless telecom sector.

A statement from Hutchison said the agreement to buy O2 "will create the number one mobile operator in the UK". Hutchison's group managing director Canning Fok described the deal as a "major milestone." "The combination of Three UK and O2 UK will create a business with unmatched scale and strength that will allow us to better compete against other operators in the marketplace," Fok said. But some analysts have warned that a merger could lead to price hikes, owing to less competition.

Hutchison could "drive a lot of synergies" with the takeover, James Britton, a London-based analyst at Nomura Holdings Inc., was quoted as saying by Bloomberg News.

"Whether that really equips them to be fully competitive in a converged UK market remains to be seen." It was the latest in a series of shake-ups in Britain's telecom sector.

British telecoms and TV firm BT had said in November that it was in preliminary talks to buy back O2 - its former domestic mobile phone division - from Telefonica. Instead BT ended up buying another British mobile phone operator, EE, for 12.5 billion pounds. British telecom giant Vodafone took over Spanish cable firm Ono on July 24 for 7.2 billion euros. Telefonica, with operations across Europe and Latin America, is meanwhile looking to turn around its fortunes. It reported a 35-percent plunge in net profits to 3.0 billion euros in 2014. Its debt stood at 45 billion euros at the end of 2014. It said last month it plans to step up its value-added activities such as fiber optic cable, pay TV and smartphones and to focus on its main markets in Spain, Germany and Brazil. The Spanish group wants to pull out of the British market where it has been present since 2005, when it bought O2 for 26 billion euros. Telefonica has already sold its operations in the Czech Republic and Ireland.

Hutchison's revamp is expected to pave the way for Li's retirement and follows speculation of a handover to his son Victor.

Li's shift away from a slowing Chinese economy to bargain hunt in Europe is seen as a further quest for stability for his vast empire. Fok said the deal to buy O2 "reflects our continued confidence in the UK economy". Hong Kong-based independent financial analyst Francis Lun said investors would be happy with the move. "They (Hutchison) will have much better economies of scale - they will be able to improve their profitability for the mobile and telephone sector."
Last Update: Mar 26, 2015 2:20 am
RELATED TOPICS