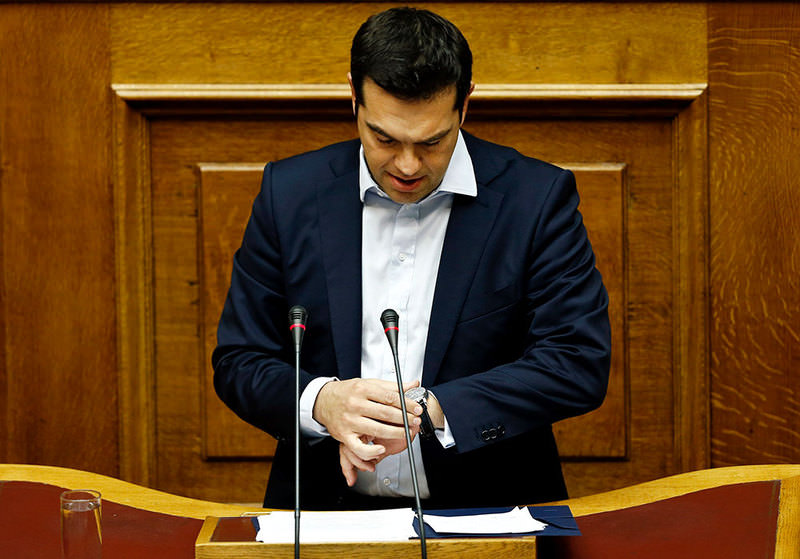 by Daily Sabah Jul 01, 2015 12:00 am
Greek Prime Minister Alexis Tsipras is getting prepared to accept bailout conditions from Greece's creditors, according to a letter written by Tsipras, which was leaked and published by Financial Times.

The Financial Times' article stated that Tsipras will accept the last offer proposed by creditors with only minor changes.

The letter was addressed to the heads of the European Commission, International Monetary Fund (IMF) and European Central Bank (ECB).

The letter states that the Greek government will accept all the reforms on the country's value-added tax system, except for a 30 percent discount for Greek islands.

Tsipras also proposes that increasing the retirement age to 67 should begin in October 2022, rather than immediate effect proposed by the creditors.

The article stated that Tsipras's proposals will be discussed in the conference call arranged for this afternoon between Greek leaders and Eurozone ministers.