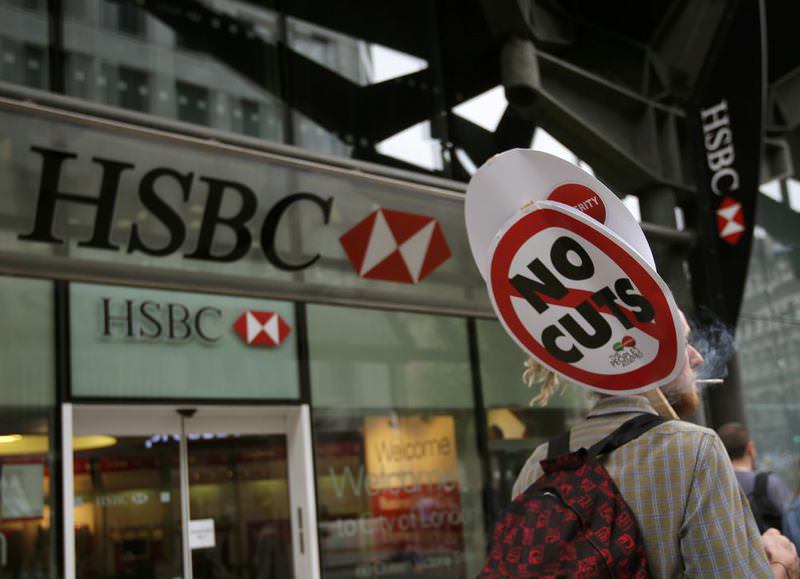 by Jul 07, 2015 12:00 am
British bank HSBC fired six staff after they filmed a mock Islamic State of Iraq and al-Sham (ISIS)-style execution video during a team-building day out and posted footage online, a spokesman confirmed yesterday. The bank described the video, showing staff members in balaclavas holding a fake knife over a kneeling man in an orange jumpsuit, as "abhorrent." "We took the decision to sack the individuals involved," a spokesman for the bank said. "This is an abhorrent video and HSBC would like to apologize for any offence caused."

The employees filmed the video on an HSBC team-building day at a go-karting center in Birmingham and posted it on Instagram before deleting it, according to newspaper The Sun, which published the video on its website. HSBC has recently weathered a string of bad publicity, including allegations its Swiss private banking arm helped wealthy clients dodge tax, and fines by regulators for attempting to rig foreign exchange markets. In June it announced it would cut its global workforce by up to 50,000 as it exits Brazil and Turkey and mulls relocating its headquarters back to Asia from London.
Last Update: Jul 07, 2015 9:47 pm
RELATED TOPICS