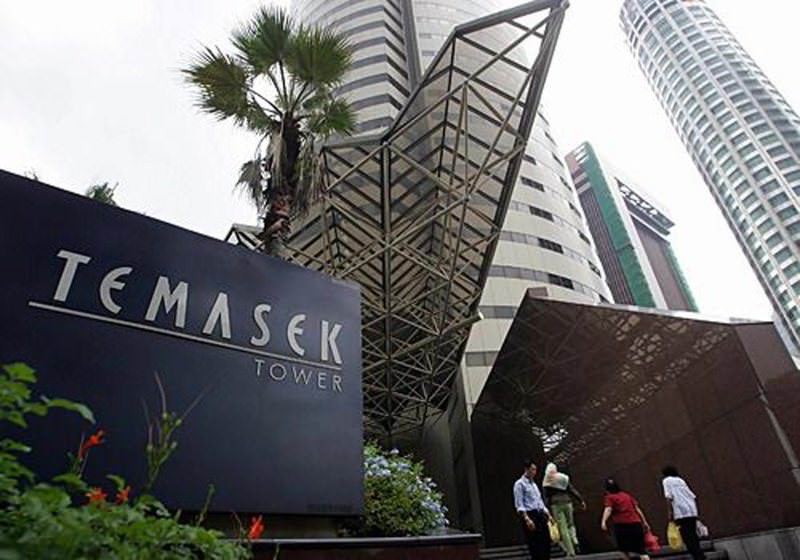 The stellar performance came as Temasek saw its most active 12 months since the global financial crisis, during which it made $22 billion in new investments and a record $14 billion in divestments

Singapore state investment giant Temasek Holdings said on Tuesday its global portfolio reached a record S$266 billion ($194 billion) in the year to March, driven by the rise in global equities.

The value of its holdings increased 19 percent from the previous fiscal year's S$223 billion and is more than double its portfolio of Sg$103 billion 10 years ago, the company said in its annual report. Net profit was S$14.5 billion from S$10.9 billion last year, said Temasek, one of the world's biggest state-linked investment vehicles whose holdings include top global brands such as banking firm Standard Chartered, Singapore Airlines and Spanish energy giant Repsol. "This was the most active year for us since the global financial crisis," Temasek Chairman Lim Boon Heng said in a statement. "We made S$30 billion of new investments and a record S$19 billion of divestments," he added.

Total shareholder return, which includes dividends it pays to the Singaporean government and excludes capital injections it receives, was 19.2 percent, a sharp improvement from the previous fiscal year's 1.5 percent. Temasek said about half of its new investments were in Asia, followed by North America and Europe, reflecting "our balanced outlook between a growing Asia and the recovering mature markets".

Singapore remains the firm's biggest market, accounting for 28 percent of its total portfolio. Temasek, however, said it had been steadily expanding its holdings in China, which accounts for 27 percent of its portfolio, up from 25 percent the previous year and 23 percent in 2013.

"From our earlier investments in banks as broad proxies of a transforming economy, we have broadened our exposure to include sectors like insurance, consumer and technology which are likely to benefit from the transformation of China," it said. The top three sectors it invested in last year were consumer and financial services as well as life sciences and agriculture.

"We are cautiously optimistic for the next few years," said Ravi Lambah, Temasek senior managing director for investment. "The U.S. economic recovery, while uneven at times, remains on track. In China, growth is taking place at a more sustainable rate."

Neil McGregor, senior managing director of the enterprise development group at Temasek, said the firm had "benefitted from the favorable global environment for equities," but it also remains "vigilant given the continued policy and regulatory risks around the world."
Last Update: Jul 07, 2015 9:47 pm
RELATED TOPICS