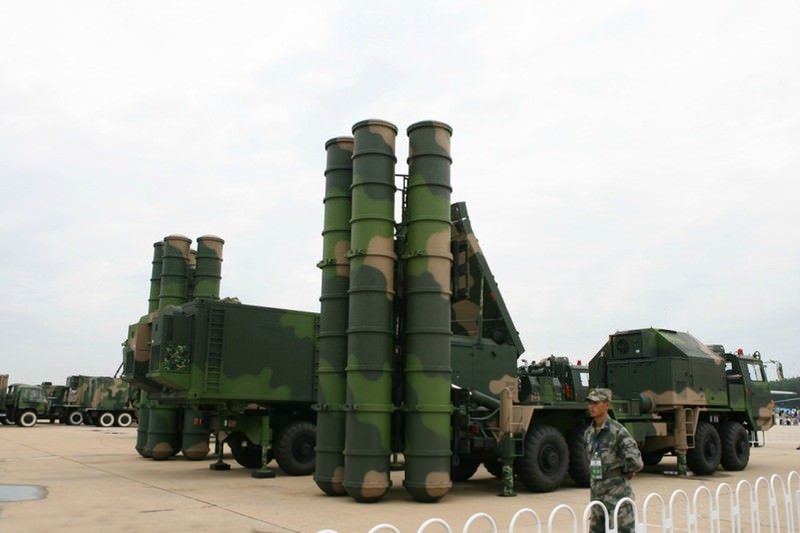 Security experts have emphasized that although Turkey accepted China's bid in 2013 for its long-range missile system, the country has also wanted to keep the European or U.S. options open. Yet in the event of them not meeting Ankara's demands, Turkey might finally choose to make a deal with China by the end of 2015

NATO member Turkey entered discussions in 2013 with the China Precision Machinery Export-Import Corporation (CPMIEC) for its first anti-missile system and chose the company as a preferred bidder with a contract worth $3.4 billion in 2013. The agreement, however, is not signed yet and the future of the deal is a matter of debate. China's winning the contract prompted the U.S. and NATO to voice concerns about security and the compatibility of the weaponry with NATO systems. Though the Chinese are offering very favorable terms, including joint production, which is a key element of any deal as Turkey wants to build its own long-range air defense and anti-missile architecture to counter enemy aircraft and missiles, significant progress is yet to be seen.

It is also expected that the issue will be on the agenda of President Recep Tayyip Erdoğan's upcoming visit to China on July 28 along with the latest developments and debates regarding Uighurs in China's northwestern Xinjiang province.

Indicating during an interview in April that although some progress has been made in talks, Defense Industry Undersecretary İsmail Demir said that a compromise has not been reached in terms of technology transfer and the criteria of developing common technology. "An exact decision has not been issued yet. Talks with several parties continue. We did not stop the talks with China, but they did not respond to our demands within our measures. The process goes on. In order to say that the Chinese missile [system] is agreed upon, there must be an agreement to be signed. We have not signed an agreement," he said.

Concerning the current level in the talks, Professor Dr. Mustafa Kibaroğlu, chairman of the Department of Political Science and International Relations at MEF University, said that the other companies at the contract table in 2013 are revising their offers and Turkey favors their coming closer to Turkey's expectations. "It seems like American [Patriot] and Franco-Italian [Euro-SAM] companies are revising their offers. But as of now, there is no indication in sight from them that they have come closer to Turkey's expectations," he said, and added: "Against this background, I believe that the Turkish authorities will not be in a rush to conclude the deal with the Chinese company any time soon, possibly with the expectation that either the Americans or the Europeans may finally understand that Turkey is not bluffing and that, unless they use this maybe last chance to thoroughly revise their offer and then to meet Turkey's criteria to the extent possible, Turkey may make its ultimate decision over the next several months or possibly within a year or so and go ahead with the actual deployment of the Chinese air-defense system."

Though Kibaroğlu believes that it would be difficult to safely argue that the Chinese air-defense system would be on par with its American or European counterparts, Turkey might eventually choose the Chinese offer to turn into a concrete agreement. He said: "[I]f the Chinese system remains the only viable offer and both the American and European firms continue to drag their feet in drawing closer to Turkey's expectations, Turkish authorities may be left with no option but to finally decide on the provider of the air-defense systems that Turkey badly needs in face of the deteriorating security situation in its immediate neighborhood in all directions."

Again, Merve Seren, a researcher from the Foundation for Political, Economic and Social Research's (SETA) Security Studies, said the situation of the deal between Turkey and China is still pending and even if the deal is concluded positively, there would be no serious sanction from NATO on Turkey. Giving the Greek case as an example in which the country's negotiating with Russia to get its S-300 missile system this year, she said: "NATO does not provide integration in this issue and since this remains a technical one, there would be no serious influence on diplomatic ties. Nevertheless, NATO might declare that they do not want to work with places where Chinese staff also works."

Seren also said the reason why the deal has been pending for such a long time is Turkey's eagerness to make a deal with the European or U.S. bids. "The purpose is Turkey wants to improve the bids in terms of both the price and transferring know-how technologies. After all, this is a negotiation process."
Last Update: Jul 16, 2015 9:28 pm
RELATED TOPICS