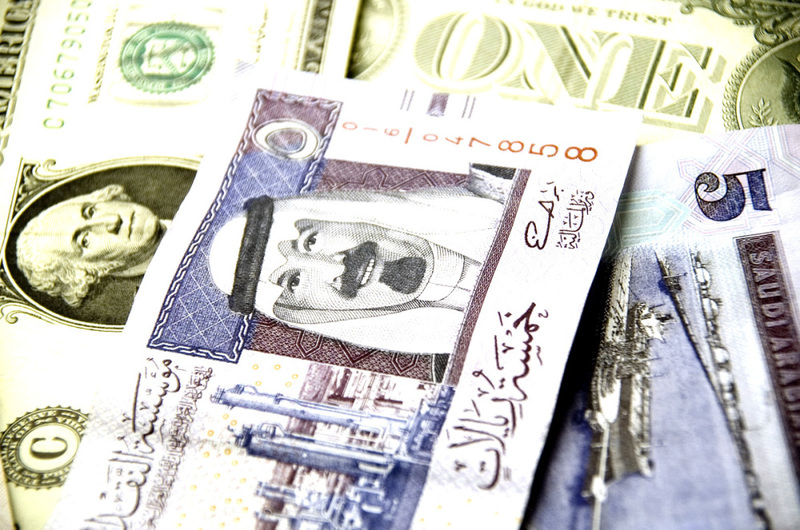 by French Press Agency - AFP
Sep 07, 2015 12:00 am
Saudi Arabia will cut spending and issue more bonds, as it faces a record budget shortfall due to falling oil prices, the finance minister said yesterday. The kingdom, the biggest Arab economy and the world's largest oil exporter, is facing an unprecedented budget crunch after crude prices dropped by more than half in a year to below $50 a barrel. It has so far relied on its huge fiscal reserves to bridge the gap, but Finance Minister Ibrahim al-Assaf said more measures would be necessary. "We are working ... to cut unnecessary expenditure," Assaf told Dubai-based CNBC Arabia in Washington, where he is accompanying King Salman on a visit. He provided no details on the scale of the cuts but insisted key spending in education and health and on infrastructure would not be affected. "There are projects that were adopted several years ago and have not started yet. These can be delayed," Assaf said. He said the government would issue more conventional treasury bonds and Islamic sukuk bonds to "finance the budget deficit," which is projected by the International Monetary Fund at a record $130 billion (117 billion euros) this year.

The kingdom has so far issued bonds worth "less than 100 billion riyals ($27 billion/24 billion euros)" to help with the shortfall, he said, without providing an exact figure. "We intend to issue more bonds and could issue sukuk for certain projects ... before the end of 2015," Assaf said.

Saudi Arabia has projected an official budget shortfall for this year of $39 billion, but the IMF and other institutions believe the actual deficit will be much higher. The IMF forecast in July that the deficit will be 20 percent of gross domestic product (GDP), while Saudi Arabia's Jadwa Investment firm said on Wednesday it expects the shortfall to be around $109 billion.

In 2014, Saudi Arabia posted a budget deficit of $17.5 billion, only its second since 2002. Jadwa said that by the end of July the government had withdrawn $82 billion from its reserves, reducing assets to $650 billion. The reserves are expected to drop to $629 billion by the end of the year, Jadwa said. Economic growth is expected to slow from the 3.5 percent recorded last year, with the IMF forecasting in July that the Saudi economy would expand by 2.8 percent this year. It is forecasting 2.4 percent growth for next year. Citing official figures, Jadwa said Wednesday that the Saudi economy grew 3.8 percent in the second quarter, up from 2.4 percent in the previous period, due to a rise in oil production. Saudi Arabia pumped a record 10.6 million barrels per day in June but this slowed to 10.4 million bpd in July, it said. The budget shortfall is hitting as Saudi Arabia maintains a costly military intervention against Iran-backed Huthi rebels in neighboring Yemen.
Last Update: Sep 07, 2015 1:38 am