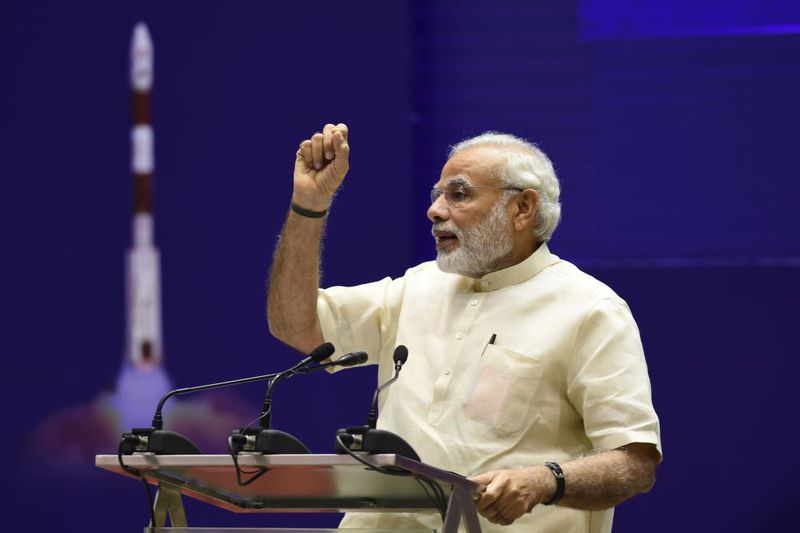 Prime Minister Narendra Modi and his top economic team on Tuesday assured a group of billionaires that India could withstand global turbulence and China's economic slowdown, then asked them to open their wallets. The meeting at Modi's residence came as India's rupee fell to two-year lows and a stock market sell-off wiped out most of the record gains made since he took office last year. Markets bounced back after the session.

India's projected economic growth of 8 percent is still viewed by the IMF as a bright spot among major economies and has attracted foreign manufacturers, but indebted domestic firms are pushing for rate cuts and protection.

Modi sees a chance to attract more foreign cash as money flows out of China, but it will be tough. Investors and firms increasingly worry he has not moved fast enough since taking office. Annual growth slowed to 7 percent in the June quarter. "Mr. Modi ran a successful state," U.S. investor Jim Rogers told Reuters Trading India. "He campaigned for two years, saying he knew what to do. He has been there 15 months ... yet little has happened." Rogers recently announced he had sold his India investments. Foreign investors have sold a net $756 million of Indian shares this month.

Apparently strong headline growth is undermined by doubt about the quality of economic data and a slow recovery, with job losses in construction and a summer drought hitting consumer demand. "Domestic investment is sluggish because of lack of demand and high cost of capital," Jyotsna Suri, president of industry group FICCI, said after the meeting.

India's drive to modernize its infrastructure was made easier by cheaper commodities as Chinese demand slows, he said, with investors seeking returns turning to India. "Some of these investments are a little bit of a hedge against a Chinese slowdown," Subramanian said, citing recent commitments from Taiwan's Foxconn, Germany's Siemens and China's Xiaomi.

During the three-hour meeting also attended by central bank governor Raghuram Rajan, businessmen called for interest rates to be cut as much as 1.25 percentage points by next March. After farmer protests forced Modi to drop a major land reform and opposition parties delayed a growth-boosting tax overhaul, expectations are growing for new measures to lure foreign investors. India's macroeconomic situation has improved since the "taper tantrum" of 2013, thanks largely to lower prices for its huge oil imports.