Draghi's optimism for EU brings about advantage for Turkey 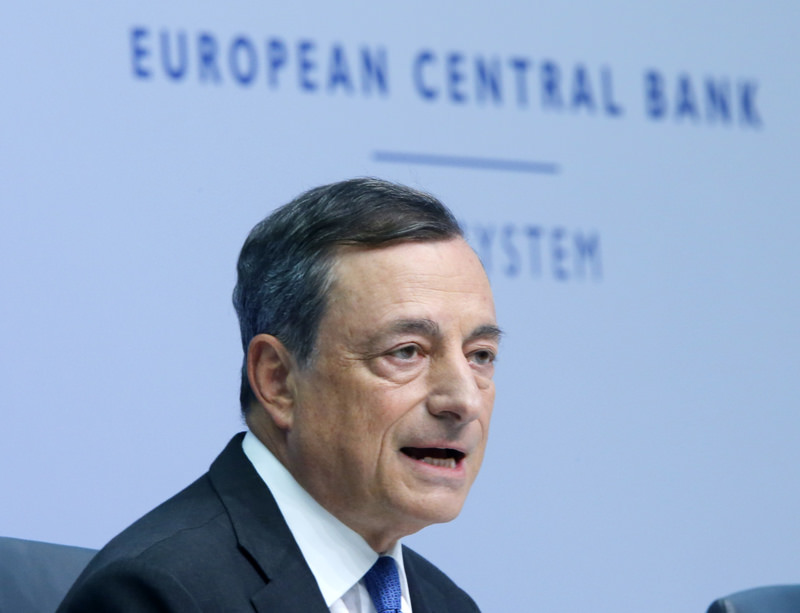 by daily sabah
Oct 03, 2015 12:00 am
According to the news in The Wall Street Journal, European Central Bank (ECB) President Mario Draghi said the eurozone has become more flexible and its growth quicker. Speaking at an event in New York City, Draghi said with the help of the effective monetary policy, the eurozone has achieved sustainable economic growth, which he stressed is "good news for anyone and anywhere."

Considering that, according to data released by the Turkish Statistical Institute (TurkStat), exports sold to the eurozone accounted for 56.5 percent of total Turkish exports in 2005 but this percentage declined to 43.5 in 2014, the recovery of this 13 percent reduction will be realized quicker, in line with Draghi's remarks.

Lending support to Draghi's comments, Jean-Michel Six, Standard & Poor's (S&P) Europe, Middle East and Africa (EMEA) chief economist, said Turkey can benefit from an increase in the liquidity in the eurozone in the case of the ECB's even more dovish monetary policy. Adding that he expects the ECB's quantitative easing (QE) monetary policy to continue until mid-2018 by reaching 2.4 trillion euros, Six said Turkey benefits from the continuation and consolidation of the ECB's policy through the fact that excess liquidity in European markets will consequently seek more advantageous markets. Also stressing that the U.S. Federal Reserve's recent monetary policy had resulted in a hot cash inflow, namely a "leak of liquidity" into emerging economies as part of its unconventional QE program, Six said: "This liquidity, which infiltrated into emerging markets, was invested in the bonds, stocks and housing sectors of emerging economies. In this respect, there is no doubt that some part of this liquidity will flow into the markets that are close to the eurozone. Turkey will clearly be a candidate country for this."