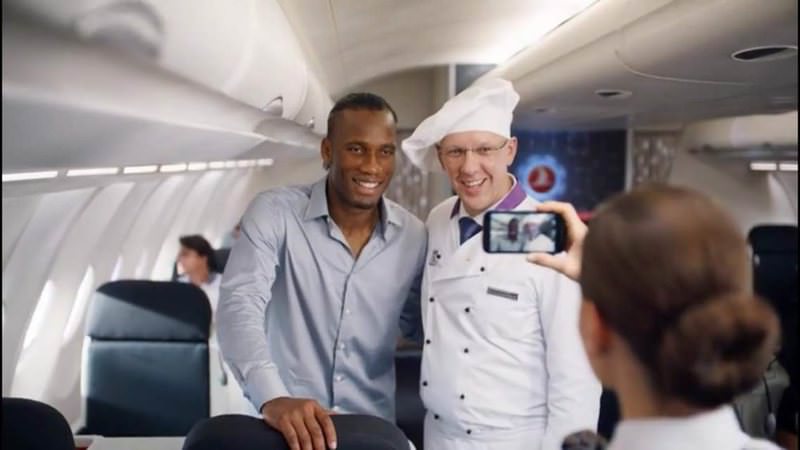 by daily sabah
Oct 03, 2015 12:00 am
The second commercial video featuring famous football player Didier Drogba has become one of the most clicked videos on video-sharing sites.

Drogba, the former Galatasaray soccer star from the Ivory Coast and current player for Montreal Impact, starred in the Turkish Airlines (THY) commercial video released on Sept. 21.

This is the second commercial in which THY brand ambassador Drogba supports the Turkish airline giant. After conducting market research, THY observed that the world famous star`s acting in commercials contributed a lot to the prestige and presentation of the company. As a result, THY has started producing similar commercials.

As in the first one, the second commercial with Drogba, called "How to become Drogba," attracted much public attention. The ad was viewed on Youtube by 1,250,000 people in just three days. Apart from Drogba, many other world famous celebrities, such as Lionel Messi, Kobe Bryant and Kevin Costner, have appeared in commercials for THY.