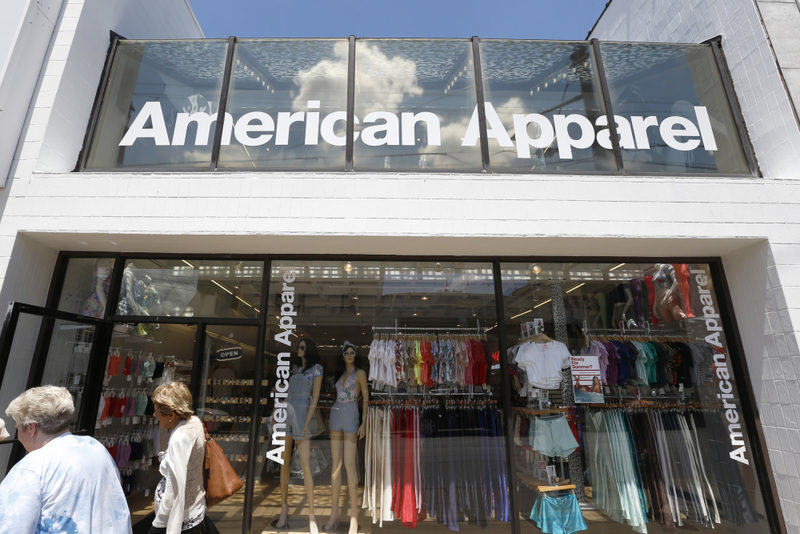 by French Press Agency - AFP
Oct 06, 2015 12:00 am
American Apparel, the troubled chain that boasts "Made in the USA" fashions, filed for voluntary bankruptcy protection early on Monday as their list of woes grows. The Los Angeles-based company has been embroiled in a drawn-out legal battle with its ousted founder and former chief executive Dov Charney and has seen declining sales since 2010, leading to a series of steep losses. "This restructuring will enable American Apparel to become a stronger, more vibrant company," said chief executive Paula Schneider in a statement.

A deal had been struck with most of American Apparel's secured lenders to reduce its debt, and it will continue business as normal without affecting customers or staff, according to the statement. American Apparel expects to complete the restructuring within about six months. In August American Apparel, which makes its own brand-basic clothing in downtown Los Angeles and is known for its racy advertising, announced that net sales in the second quarter plunged nearly 18 percent. Schneider added: "American Apparel is not only an iconic clothing brand but also the largest apparel manufacturer in North America and we are taking this step to keep jobs in the USA."

US clothing retailers have been under pressure from the abundance of cheap imported merchandise and the popularity of European rivals such as H&M and Zara that specialize in fast-changing, low-priced inventory.