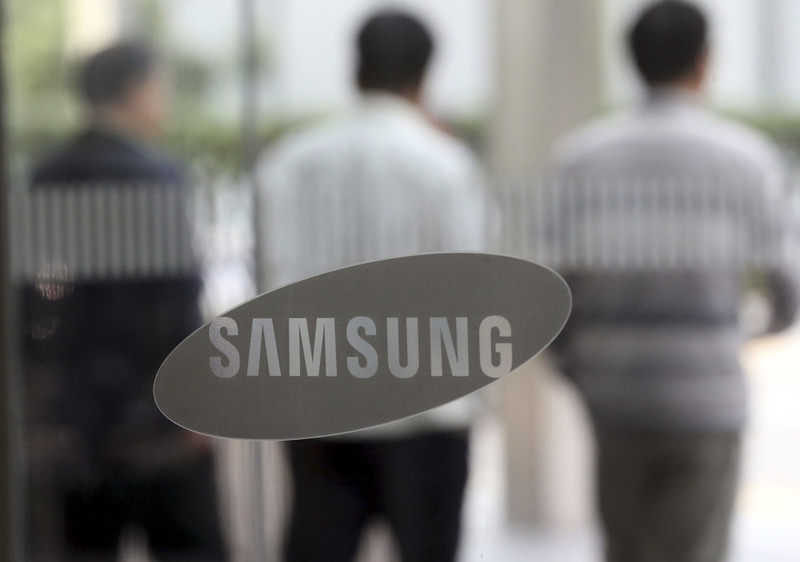 The South Korean company estimated that its operating profit for the July-September quarter was 7.3 trillion won ($6.3 billion), up 80 percent from a year earlier and higher than analyst forecasts. Sales rose 7 percent to 51 trillion won ($43.9 billion) for the quarter. Samsung will announce its overall net profit and earnings for each of its business divisions later this month.

Shares of Samsung Electronics closed up 8.7 percent, its biggest daily gain since January, 2009. Expectations that Samsung would dole out some of its cash to shareholders through a share buyback help fuel the rise.

The result showed that Samsung was on track for a recovery after growth in earnings crumbled last year. But the world's largest smartphone maker is still struggling to maintain its market share in phones amid intense competition from Apple, Huawei and Xiaomi. Its operating profit has gained quarter to quarter for the past year since falling to 4.1 trillion won one year ago. But profit from its mobile division has weakened.

Analysts said Samsung's solid result in the last quarter was because of stronger sales in mobile displays and chips while the weak Korean won against the U.S. dollar boosted the value of its earnings overseas. The positive impact from the weak Korean won on Samsung's component businesses was "significant," said Nomura Holdings analyst Chung Chang-won. Most Samsung components are sold in the U.S. dollars. The South Korean currency dropped sharply against the U.S. dollar, falling at a faster rate than many other currencies during the last three months. On the component front, the company's advanced displays called OLED likely generated a fat profit because more Samsung handsets adopted those screens. Its mainstay semiconductor division contributed more than half of its overall profit, according to estimates by analysts.

Meanwhile, Samsung's profit from its smartphone division likely declined from a year earlier even as the company's handset shipments are believed by analysts to have gone up. That's partly because one of Samsung's most expensive smartphones, the Galaxy Edge with a curved display, is lagging in sales because of production constraints. A large chunk of Samsung's handset sales came from its mid- to low-end smartphone models that were not as profitable as Apple's iPhones.

Samsung has been trying to defend its market share in the smartphone market by adopting curved displays and adding new software features. Samsung may have to increase its marketing expenses to make its latest smartphones more appealing to consumers as it tries to fend off competition from Apple's new iPhones said Soh Hyun-chul, an analyst at Shinhan Investment who forecast Samsung profit to slide during the current quarter.