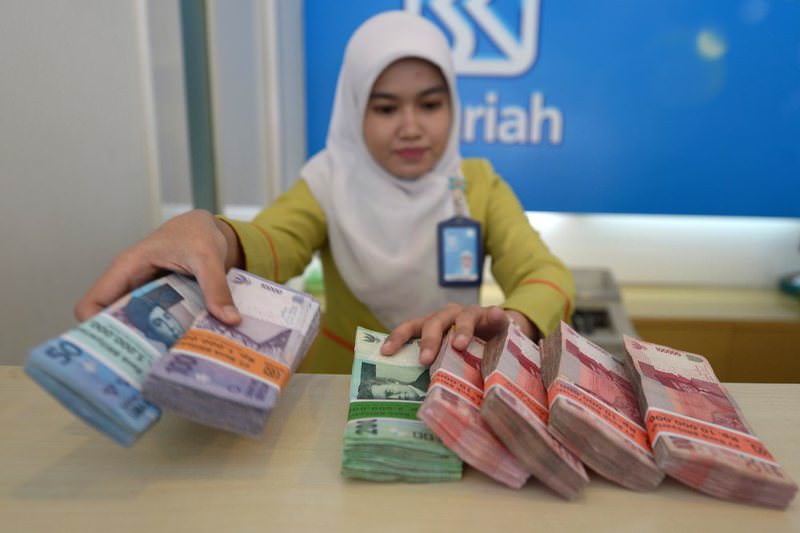 by Daily Sabah Oct 09, 2015 12:00 am
Indonesian teacher Nina Ramadhaniah hopes for "blessings from Allah" by opening a sharia bank account - the sort of pious customer the world's most-populous Muslim-majority country is praying for as it launches an Islamic finance drive. Indonesia, Southeast Asia's biggest economy, has a Muslim population of around 225 million but this huge number of faithful has not translated into success for sharia banks, institutions required to do business in line with Islamic principles.

Now regulators have launched a plan aimed at growing the sector, which currently accounts for less than five percent of banking assets, compared to a quarter in neighbouring, more developed Muslim-majority Malaysia and around half in Saudi Arabia. It is modelled after similar bodies in other countries, such as the International Islamic Financial Centre in Malaysia, where the sector is already far more developed as the government started supporting it some years ago. In addition to the OJK roadmap, the government has announced plans to merge the Islamic banking subsidiaries of four state-owned banks to create an Islamic mega-bank, which should be able to provide better services than the current Islamic lenders. Authorities believe it is a good moment, with many Indonesians getting wealthier after years of strong economic growth and an increasing trend towards piety across broad sections of society.
RELATED TOPICS