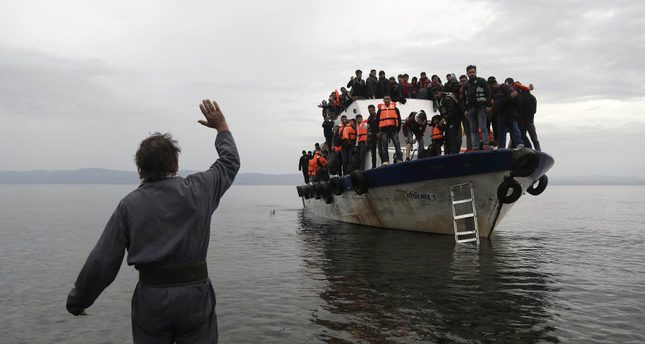 by reuters
Oct 12, 2015 12:00 am
International agencies plan to raise billions of dollars to tackle the worsening refugee crisis in the Middle East and North Africa by issuing new bonds to help displaced people and support reconstruction in the war-torn region.

The United Nations, World Bank and Islamic Development Bank announced the proposal on Saturday after global policymakers met to discuss ways to ease the growing humanitarian and economic crisis stemming from conflicts in countries including Syria, Iraq, Yemen and Libya.

The two-track initiative will ask donor countries to provide guarantees for bonds raising money for certain projects, ranging from support for refugees to rebuilding to allow displaced people to return home. Some would be Islamic bonds, or sukuk, targeting investors in the region. Donors would also be asked for grants to cut the interest rate for countries hosting the bulk of refugees from commercial rates to as low as zero, said World Bank vice president for Middle East and Europe, Hafez Ghanem.

"People are focusing on the situation in Syria because of what's happening in Europe but actually you have the situation in Yemen, which is also very serious," he said after the meeting, held during annual World Bank and International Monetary Fund meetings. Tunisia and Turkey were also struggling with a wave of refugees.

The United Nations expects hundreds of thousands of migrants to reach Europe this year as they flee war and poverty, the biggest wave of displaced people since World War Two. Expressions of support had come from Group of Seven countries and other European countries for the initiative, which could raise funds in the "double-digit billions" over five to 10 years, Ghanem said. "All of us have self-interest in this," he said. "The instability in the Middle East and North Africa is affecting the whole world, it's not just through refugees, but also through terrorism, fluctuations in oil prices, so it is really the whole international community has an interest in containing this and in helping those countries regain stability and get back on a path of development and growth." A working group will finalize details of the proposed fund raising - which would make resources available to other development agencies as well - by February.