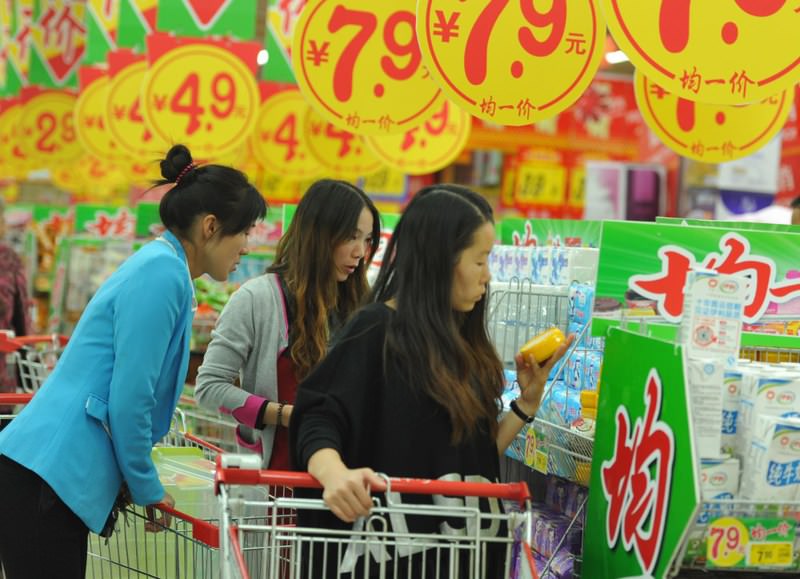 by reuters
Oct 15, 2015 12:00 am
World shares fell for a second day running and the dollar dropped to its lowest in almost a month on Wednesday following new signs of a slowdown in China's economy. Limp inflation figures from China, volatility in other major emerging markets and more falls in commodities all combined to dampen buying, although there were signs the mood was gradually lifting ahead of Wall Street's restart.

It was expected to open a shade higher and MSCI's 45-country, All World stock index had recovered to be down a modest 0.2 percent as the pan European FTSEurofirst 300 clawed back most of its morning losses. U.S. traders were waiting on retail sales data later and another flurry of company earnings. They were also keeping a careful eye on the dollar after it fell its lowest in almost a month against the main currencies - $1.1420 versus the euro - amid a firming sense that the current global uncertainty will prevent a rise in U.S. interest rates any time soon. "This China data increased the likelihood that they will ease further but if you look at the equity, dollar and commodity markets they don't like it at the moment," said Rabobank FX and metals strategist, Georgette Boele.

Europe's struggles were underscored as Germany cut its growth forecasts and euro zone industrial production data came in weak, which overshadowed a seven-year low in British unemployment. Portugal was also in focus after talks to form a new government broke down in Lisbon on Tuesday. Caretaker prime minister Pedro Passos Coelho, whose centre-right grouping won the Oct. 4 election but lost its parliamentary majority, failed to obtain backing from Socialist Party leader Antonio Costa. Portugal's bond yields rose, defying a broader debt market rally and though Lisbon stocks were up on day they have shed over 5 percent so far this week and some bank stocks are down as much as 16 percent.

Brent oil retreated towards $49 a barrel after the International Energy Agency indicated the oil glut will persist through next year. Industrial metals prices were lower too though they, like stocks, were starting to claw back ground. Fragile politics are adding to emerging market risks. Brazil's real had dropped about 2 percent overnight as President Dilma Rousseff accused her opponents of 'deliberate coup-mongering' as tensions rose over a federal audit of how deficit numbers were published. The weaker dollar helped it recover a touch in early Latin American trade as other closely followed EM currencies also edged higher.

The focus was still mostly on China, though, and what kind of response there will be to clearly slowing growth. The country's authorities are due to announce a new five-year economic plan later this month. Its latest data wobble came a 1.6 percent rise in its consumer price index (CPI) in September, felling short of expectations of 1.8 percent and was down from August's 2.0 percent.

Nearby Singapore eased its monetary policy for the second time this year by slowing the pace of the Singapore dollar's appreciation. The move was aimed at reviving an economy that narrowly avoided a recession in the third quarter.

MSCI's broadest index of Asia-Pacific shares outside Japan ended down 0.6 percent, Chinese and Australian shares were also lower, but only just, though Japan's Nikkei stock index buckled 1.9 percent. Bond markets benefited from the cautious mood. The yield on benchmark 10-year Treasuries slipped to 2.020 percent in European trading as German Bund yields also dipped. Many investors are no longer focusing so much on whether the Federal Reserve will raise U.S. rates this year but rather on how much additional stimulus the ECB in the euro zone, Japan and China are likely to provide in coming months.