Istanbul Fair Center to be renewed with a $500 million investment 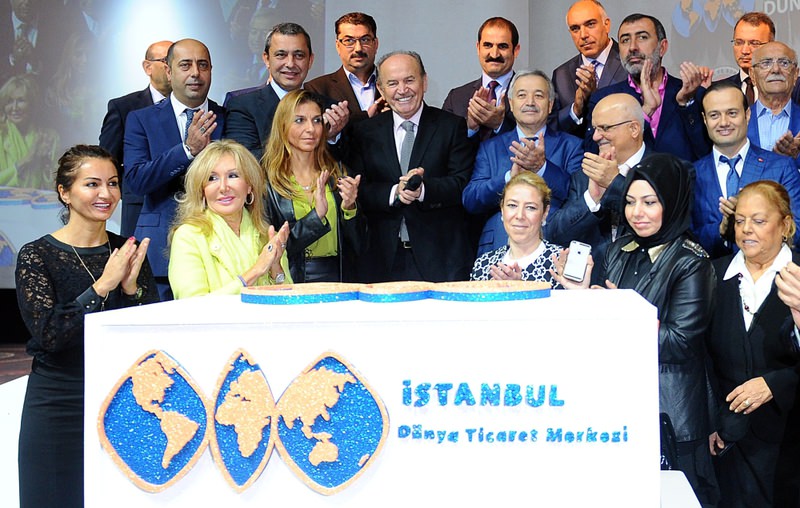 An expo center including a shopping center, restaurants and cafes will be built in - a 700,000 square-meter area, near Istanbul Atatürk Airport instead of at the site of the old fair center

The Istanbul World Trade Center (İDTM) will be building the largest fair and exhibition area in Turkey with a $500 million investment by renewing the existing one nearby Istanbul Atatürk International Airport, while another project is being planned nearby Istanbul's ongoing third airport project.

İDTM, of which 41.47 percent belongs to the Istanbul Chamber of Commerce (İTO), 27.24 percent to the Turkish Union of Chambers and Commodity Exchanges (TOBB), 23.89 percent to the Istanbul Metropolitan Municipality (İBB) and the remainder to the Bakırköy Municipality, Istanbul Trade Exchange, Istanbul Chamber of Industry and the Economic Development Foundation, will provide a giant investment in an exhibition area, which will become one of the top-10 largest exhibition centers in Europe.

The new exhibition area will be around 700,000 meter squares and is planned to become the most modern exhibition center in Europe. Around 300,000 square meters of the new facility will be reserved for fairs and exhibitions and it will also have a shopping center, restaurants and cafes.

The facility will be constructed in two phases with the first phase planned to be finished by September 2017, and will have a Leadership in Energy and Design (Leed) certificate. The first phase of construction will be the trade and tourism area with offices or hotels. The construction for the second phase, which will include the exhibition area, will start in the first months of 2018 and is planned to be completed by the end of 2019. The area will also include an 8,000-car capacity parking lot, which will enable all cars to be evacuated within 12 minutes. There will also be a metro station connected to the new exhibition area and connection roads will be built on four main axes.

Topbaş said that they are also willing to make Istanbul number one in all areas and added that another exhibition center will be built close to two metro stations and near the new airport being built in Istanbul. "I want everyone who visits this new center to want to stay there for a week and not leave with all the facilities at hand," Topbaş said. He added that by building the new facility Istanbul will become a center for fairs and exhibitions worldwide.

Topbaş also said that as the İBB they can obtain various credit facilities and therefore, it has increased the investment budget from TL 12.5 billion to TL 16 billion ($4.32 million to $5.53 million) in 2016. He also said that all foreign loans have been paid in order to not hinder the construction of the third airport in Istanbul.

Çağlar said that Istanbul's foreign trade volume is more than half of all of Turkey's and every one in five people earn their living in Istanbul and TL 44 of every TL 100 that the state earns is from Istanbul and further. He also said 23 percent of foreign tourists visit Istanbul and 60 percent of foreign firms in Turkey invest and trade in Istanbul. He added that these dynamics have turned Istanbul into a global hub in terms of international fairs and the increasing demand within the last few years is evidence of international organizers who want to hold fairs and exhibitions in Istanbul. According to Çağlar, currently supply cannot meet demand, and while Istanbul expands it also needs to change to keep in touch with the increasing opportunities, demands and expanding global connections.

"This 700,000 square meter fair and exhibition center, which will also have trade and tourism complexes, will be worth $500 million. You may ask whether the World Trade Center has that much money, but we have now passed the days when we required funding and currently our equities may be enough to cover most of it - we planned the financing as well and therefore, we will not have any problems in terms of financing," Çağlar said. He also said that this project will also be the leading project for various other opportunities in Europe and Asia. "We want to turn Istanbul into the capital of global fairs and exhibitions," Çağlar said.
RELATED TOPICS