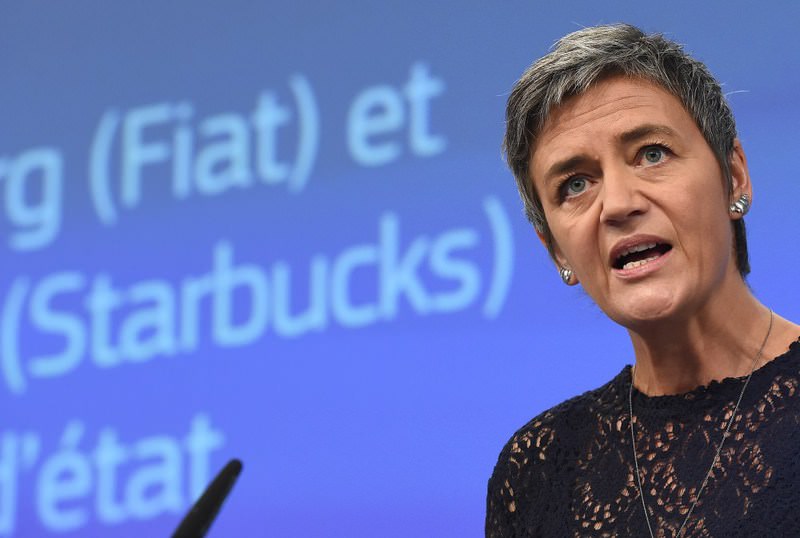 European Commissioner for Competition Margrethe Vestager
by reuters Oct 22, 2015 12:00 am

The European Union is demanding that U.S. coffee chain Starbucks and carmaker Fiat repay up to 30 million euros ($34 million) each in tax breaks they received from EU nations, in a major ruling to cut down on sweet tax deals multinationals often shop for. Antitrust commissioner Margrethe Vestager said all firms must pay a "fair share" and ordered the Netherlands to recover 20-30 million euros ($23-34 million) in back taxes from the U.S. coffee shop chain. Luxembourg must recover a similar amount from Italian-U.S. carmaker Fiat Chrysler Automobiles, she said.

Starbucks immediately said it would appeal, echoing the Dutch government in accusing the European Union executive of significant "errors" in its assessment. Luxembourg, where much

of the economy has been built on attracting multinational firms, said it disagreed and reserved its right to appeal. Fiat denied receiving any aid from the Luxembourg state.

Vestager, a Dane who has denied accusations of anti-American bias in launching other tax probes into Apple and Amazon and competition inquiries into Google, took care to avoid intruding on EU governments' jealously guarded rights to set their own tax rates. The issue, she stressed, was firms being treated differently within the same national system.

"The decisions send a clear message," she told reporters in Brussels. "National tax authorities cannot give any company, however large or powerful, an unfair competitive advantage compared to others. For most companies, especially the small and medium-sized, I hope this is a reassuring message."

The Commission said Starbucks benefited from a tax ruling - an assurance of future tax levels -from Dutch authorities in 2008 and Fiat from a ruling in Luxembourg in 2012. It concluded that the taxable profits for Fiat's Luxembourg unit could have been 20 times higher under normal market conditions.

The precise amount of tax to be recovered must now be determined by Luxembourg and the Netherlands on the basis of the Commission's methodology. Marc Sanders of tax advisers Taxand said the ruling would "rock the corporate world to its very core".

"Whilst multinationals were lured to EU states with offers of low tax rates as an incentive, little did they know that, despite having agreement at the highest national level, this would come back and bite a decade later," he said.

Warning that "we do not stop here", Vestager described the cases of Apple in Ireland and Amazon in Luxembourg, where the Commission also suspects the companies of benefiting from illegal state subsidies via the tax system, as "very different".

Inquiries are also continuing into the Belgian government's treatment of dozens of unidentified companies. "More cases may come if we have indications that EU state aid rules are not being complied with," she warned, while noting that there was a broader EU and global attempt, coordinated by the rich nations' club the OECD, to crack down on tax avoidance using artificial cash flows through ultra-low tax regimes.

Vestager said that Fiat's Luxembourg unit paid "not even" 0.4 million euros in corporate tax last year and Starbucks' Dutch subsidiary less than 0.6 million euros. Starbucks said it paid an average global effective tax rate of about 33 percent. Commission President Jean-Claude Juncker has rejected calls for him to resign because the Luxembourg tax system was developed during nearly the quarter-century he served as his country's finance minister and prime minister.
RELATED TOPICS