WTO sees up to $3.6T boost to trade from deal to cut red tape 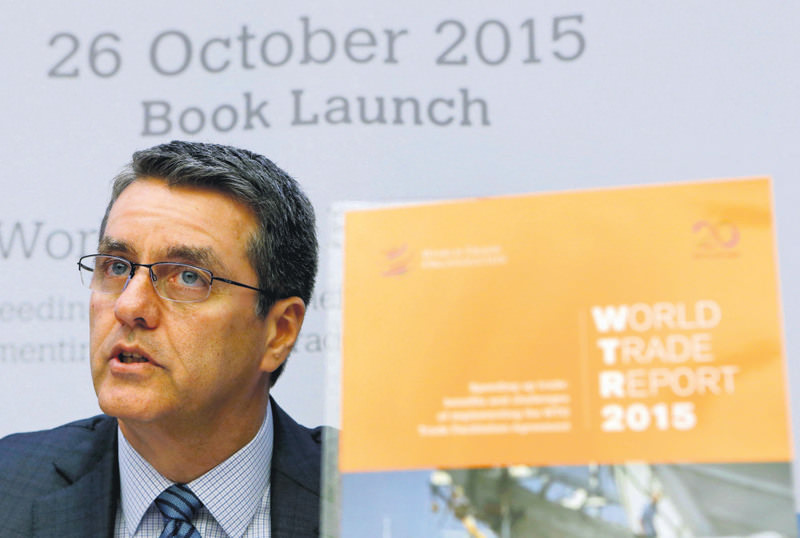 According to the World Trade Organization, a trade facilitation agreement that will cut red tape at borders and standardize customs procedures acould add $3.6 trillion to annual global exports

The benefits of a treaty that will cut red tape at borders and standardise customs procedures are much larger than previously thought and could add $3.6 trillion to annual global exports, the World Trade Organization (WTO) said in a report Monday. The WTO's trade facilitation agreement (TFA), struck at a ministerial conference in Bali in December 2013, will do more to boost trade than if all the world's import tariffs were removed, cutting costs 9.6 to 23.1 percent, the WTO calculated.

"You could say that it's global trade's equivalent of the shift from dial-up internet to broadband," said WTO Director-General Roberto Azevedo. Once the new rules come into effect, which Azevedo hoped would happen by the end of 2016, it will cut waiting times at customs, lessen the potential for corruption and hasten foreign direct investment into weaker economies. The TFA had previously been expected to add $400 billion to $1 trillion to trade, according to various economic studies. Many trade experts had shied from using the upper end of those forecasts, but the WTO's own research found they were on the low side.

"Overall, the simulations confirm that the trade gains from speedy and comprehensive implementation of the TFA are likely to be in the trillion dollar range, contributing up to almost one per cent to annual GDP growth in some countries," the report said.

The agreement, which was created in December 2013, will come into force when two-thirds of WTO members have ratified it. Fifty have ratified it so far, out of 161 current WTO members. The report used two main models for estimating the gains from the agreement: a "computable general equilibrium" (CGE) simulation - which makes assumptions about "what if" certain barriers are removed - and a "gravity model", based on historical evidence of removal of trade barriers. The CGE model predicts exports will rise by at least $750 billion to well over $1 trillion per year, adding 0.34 to 0.54 percentage points to annual global economic growth, it said. Gravity model estimates put the annual export gains at $1.1 trillion to $3.6 trillion, the report said. It did not estimate the impact on GDP under the gravity model.
RELATED TOPICS