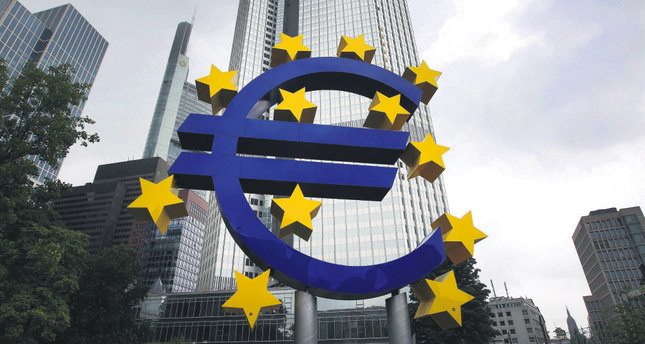 The eurozone's private sector recorded loans up by 1 percent in October compared to the previous month, which is considered a sign of confidence gained from monetary stimulus from the European Central Bank

The volume of loans to the private sector in the eurozone expanded in October, with a bigger bounce recorded than the previous month, the European Central Bank (ECB) data showed yesterday, suggesting a massive stimulus program may be working. The data is a key indicator of economic health for ECB, as borrowing is a main source for corporate investment that in turn should boost the eurozone's currently weak economy.

During October, loans accorded rose 1 percent from a year ago, compared with a growth of 0.6 percent recorded in September, an ECB spokesman said.

When certain strictly financial transactions are stripped out from the loans data, the trend remains the same - with credit accorded to households and companies rising 0.8 percent in October, up from 0.4 percent in September and 0.7 percent in August.

Growth in overall money supply, known as M3, also accelerated 5.3 percent in October from 4.9 percent in September. The ECB regards M3 money supply as a barometer for future inflation.

The bank has launched a raft of policy measures to get credit flowing and to boost inflation, most significantly a massive program to buy more than 1 trillion euros worth of public sector bonds to pump liquidity into the system. It has also pledged to examine if it needs to boost the so-called quantitative easing (QE) program when the ECB board meets next week.

But Thursday's data "suggest that the monetary stimulus, which the ECB has already delivered, is working," said Holger Schmieding from Berenberg Bank. "The case for a stronger stimulus is thus not clear-cut," he said.

However, Capital Economics analyst Jack Allen said the pace of growth in private sector loans remains slow even if it is accelerating from a month ago. The data also does not suggest a strong economic pickup, he added. "All of this is likely to have strengthened ECB policymakers' conviction that more policy stimulus is needed," Allen said, predicting a further rate cut and an expansion of the asset purchase program.

ECB President Mario Draghi had stressed on Nov. 20 that the bank will "do what we must" to lift inflation as quickly as possible, remarks that have been interpreted as arguments for additional stimulus at the next policy meeting. At the same time, Draghi has key detractors, including Bundesbank chief Jens Weidmann who cautioned at the same banking forum last week against hastily boosted stimulus measures. "We should not forget that the monetary policy measures already taken still need time to fully feed into the economy," he said, adding: "The longer we stay in ultra-loose monetary policy mode, the less effective this policy will become and the more the attendant risks and side-effects will come into play."

Global stocks were mostly higher Thursday on expectations for additional European Central Bank stimulus as jitters about tensions between Russia and Turkey faded. Europe opened higher, with Britain's FTSE 100 up 0.4 percent to 6,365.11. Germany's DAX advanced 1.1 percent to 11,294.94 and France's CAC 40 gained 0.7 percent to 4,927.79. U.S. markets will be closed Thursday for Thanksgiving. They will reopen Friday for an abbreviated trading session that will close at 1 p.m. Eastern. Reports ECB officials are considering options for additional easing weighed on Europe's common currency.

Share on Facebook Share on Twitter
Previous in Business France was the country with the top number of requests, accounting... Next in Business The first local cellphone production will begin, according to the...
DAILY SABAH RECOMMENDS