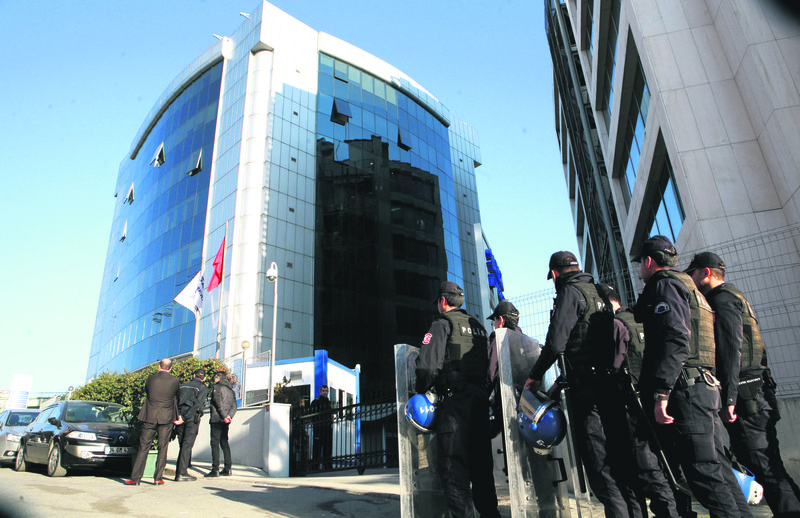 by Daily Sabah with AA Dec 01, 2015 12:00 am
The court-appointed trustees of Kaynak Holding, which is accused of being linked to the Gülenist Terror Organization (FETÖ), have filed a criminal complaint against the conglomerate's former directors for smuggling large sums of money abroad.

Attorney Muhammed Hardalaç submitted a criminal complaint yesterday on behalf of the trustees against the directors at the Istanbul Public Prosecutor's Office for allegedly smuggling TL 30 million ($10.31 million) abroad.

The Istanbul-based Kaynak Holding is accused of providing financial support to what officials describe as FETÖ, the movement led by U.S.-based Turkish preacher Fethullah Gülen, which is accused of plotting to overthrow the government.

The trustees had taken over Kaynak's 19 companies, a foundation and a union in Istanbul on Nov. 18. The move was made in accordance with a court order that came at the request of the Istanbul Public Prosecutor's Office. Kaynak was also the subject of a tax investigation last year. On Nov. 9, an Istanbul court ordered the arrest of Gülen in absentia.

According to Kaynak's website, the conglomerate was established in 1979 as a publishing company and now spans 16 sectors. It employs more than 8,000 staff and trades in more than 100 countries.
Last Update: Dec 01, 2015 1:55 am
RELATED TOPICS