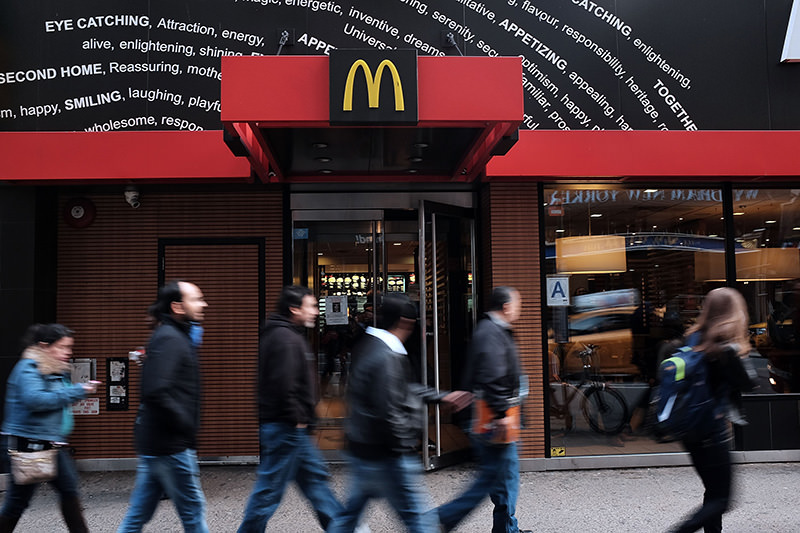 by Associated Press Dec 03, 2015 12:00 am
The European Union is investigating whether fast food giant McDonald's received a sweet tax deal from Luxembourg, part of a broader effort to crack down on preferential treatment for big multinationals.

EU antitrust Commissioner Margrethe Vestager said Thursday that the company's deal with Luxembourg may have breached state aid rules, which seek to keep a level playing field for businesses across the 28 EU states.

The EU says that since 2009, McDonald's Europe Franchising paid no corporate tax in Luxembourg despite large profits. It said the profits were more than 250 million euros ($265 million) in 2013.

Vestager said that "a tax ruling that agrees to McDonald's paying no tax on their European royalties either in Luxembourg or in the U.S. has to be looked at very carefully."

The EU said Luxembourg gave McDonald's "an advantage not available to other companies in a comparable factual and legal situation."

In October, the EU already demanded that Starbucks and Fiat repay up to 30 million euros ($34 million) each in back taxes, in what was the start of a broad crackdown on favorable tax deals for multinationals.

Multinationals in Europe pay taxes in the country where they have their regional headquarters, and countries have long competed to lure the big companies with incentives.

That has resulted in some offering advantages that allow companies to pay very low tax overall. It has become a big political issue as citizens in many European nations are forced to tighten their belt because of the weak economy while some multinationals get away with huge tax breaks.

Both Luxembourg and McDonald's denied any wrongdoing.

"McDonald's complies with all tax laws and rules in Europe and pays a significant amount of corporate income tax," the company said in a statement. It added that in the 2010-2014 period McDonald's companies paid more than $2.1 billion in corporate taxes in the EU, with an average tax rate of almost 27 percent.

"We are subject to the same tax laws as other companies and are confident that the inquiry will be resolved favorably," the statement said.

Luxembourg's finance ministry said that "no specific tax treatment or selective advantage had been given to McDonald's."

Since the EU has targeted several U.S. multinationals, Vestager has been accused of singling out American companies.

"If you want to operate in the EU, you are subject to EU rules, EU competition rules and that is what ensures that you can compete on a level playing field," EU spokesman Ricardo Cardoso said.

"Any suggestion that we are specifically targeting U.S. companies is unfounded and untrue. EU competition rules, including state aid rules, apply to all companies," he said.
Last Update: Dec 03, 2015 4:40 pm
RELATED TOPICS