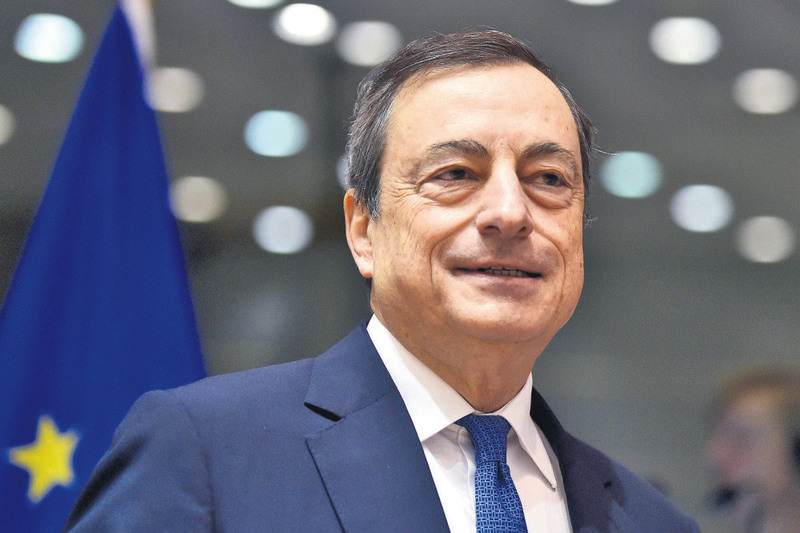 The European Central Bank (ECB) was under fire Friday for failing to act as decisively as expected to rekindle inflation, with some market players suspecting divisions among the bank's top brass stopping it from doing more. ECB watchers accused the bank's president, Mario Draghi, of undermining the bank's credibility and even jeopardizing the ability of the eurozone economy to get back on its feet, as the policy measures announced at a meeting on Thursday fell short of the high expectations the ECB officials had themselves helped fuel in recent weeks.

After already falling sharply on Thursday, Europe's main stock markets sank further on Friday as disappointment lingered over the "underwhelming" stimulus measures, dealers said. "Markets are facing a new reality with Draghi disappointing expectations," said Christoph Rieger, head of rates and credit research at Commerzbank. "The timid deposit rate cut and [quantitative easing] QE extension amid unchanged monthly purchase volumes have sent shock waves through fixed income markets and beyond. Besides the tangible measures, the implicit acknowledgement that Draghi has lost the political backing in the governing council for his aggressive and activist stance seems most relevant," Rieger said.

Speculation had swirled for weeks that the ECB would aggressively ramp up its bond-buying program and further loosen monetary policy to inject some vim into a eurozone beset by years of torpid growth and stagnant inflation. Repeated comments by top ECB officials, including Draghi, had fanned such expectations. Instead, the ECB cut its key "deposit" rate by a modest 0.10 percent to minus 0.30 percent and extended the length of its bond purchases by just six months to March 2017.

Even though Draghi vowed that the ECB was ready to do more if the situation warranted, the moves were seen as a huge let-down, as the ECB crucially failed to increase the size of the stimulus and the rate cut was smaller than hoped for.

Some analysts believed that key members of the governing council (GC), such as Bundesbank CEO Jens Weidmann, had voted against the measures. "The main disappointment was the size of QE and the lack of step up in the monthly pace of asset purchases. It looks as if Draghi had to compromise more than expected with the most hawkish faction of the GC, but also wanted to keep some powder dry," said UniCredit analyst Marco Valli.

Under the QE program, the ECB plans to buy 60 billion euros worth of assets each month in a bid to stoke inflation. While the amount of monthly purchases is not being increased, the program is being extended until March 2017, effectively boosting the overall total to 1.5 trillion euros.

At his traditional post-meeting news conference, Draghi conceded that the decisions had not been unanimous, but insisted they were carried by a "large majority."

Andrew Cates at RBS described the measures as "a damp squib." "The combined package of easing measures was far less aggressive than markets had expected. This ... will do little, in our view, to improve the ECB's credibility. Indeed, we think it is, and will remain, quite damaging," Cates said.

Financial markets would now "re-assess the ECB's willingness and ability to get ahead of the curve," Cates said. "The failure to meet the expectations for further policy loosening fueled by its own dovish signals has dented both [the ECB's] reputation for communication and, more importantly, the outlook for the eurozone economy," said Jonathan Loynes at Capital Economics.

Market psychology plays a major role in the success of monetary policy, and investors must feel confident in the ECB's ability to steer area-wide inflation to its target of "close to but just under 2 percent." But Thibault Mercier at BNP Paribas suggested the market had overreacted and that Draghi's underlying assessment that recovery was underway in the 19 countries that share the euro was correct. Furthermore, Draghi explicitly left the door open to further easing, Mercier argued. "The ECB delivered what economists broadly expected, but less than the market expected. When will markets learn that central banks are run by economists," said Paul Donovan at UBS.
RELATED TOPICS