Mexican tycoon will not give away shares to charity 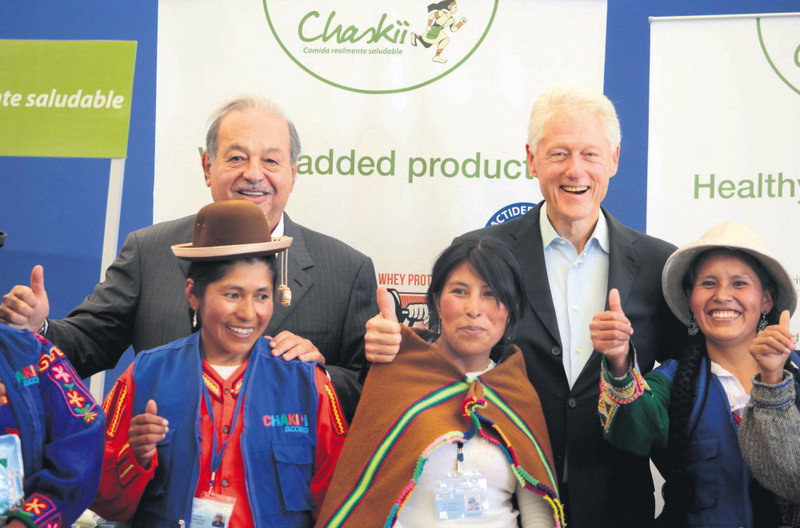 by Dec 05, 2015 12:00 am
Mexican billionaire Carlos Slim said Friday he will not give away his family's shares to charity like Facebook founder Mark Zuckerberg. Earlier this week, Zuckerberg announced he would donate 99 percent of his Facebook shares, currently worth about $45 billion, to a new philanthropic project he will run with his wife. When asked if he planned to give away his family's shares in his companies to his foundations, Slim said no, though he added his charitable projects do not have budget limits.

"Foundations do not solve poverty," he added, saying that employment is the key to eradicating poverty.

"Employment requires that companies invest, so we don't need to give away companies, we need to create companies."

Slim, speaking at an event in Mexico City, said that Zuckerberg's plan was "very good," but that governments already have the resources to address poverty and education issues. "It's a problem of management and efficiency," he added.

Slim, whose companies include telecoms giant America Movil, has given his foundations multi-billion dollar endowments, but he did not name a figure for how much money he has donated.

"We see projects and results, we are not counting chilies," he said. Meanwhile, Facebook Chief Executive Mark Zuckerberg said on Thursday he and his wife would receive no tax benefit from setting up their new philanthropic endeavor as a limited liability company and hinted at the types of efforts it would support. In a post on his Facebook page, he wrote that "just like everyone else, we will pay capital gains taxes when our shares are sold by the LLC." While reiterating that the entity, called the Chan Zuckerberg Initiative, would focus on areas like education and disease, he indicated the efforts would be similar to philanthropy he and his wife, Priscilla Chan, had already supported.

Their recent donations include $20 million to EducationSuperHighway, which helps connect classrooms to the Internet, and a new acute care and trauma center at San Francisco General Hospital, where Chan works as a pediatrician. Chan and Zuckerberg said on Tuesday that 99 percent of the stock they hold in Facebook would go toward the philanthropic project over their lifetimes. At the stock's current price, that stake is worth $45 billion. Responding to a comment he would pay "ZERO tax" for the initiative's investments that was made in reply to his Facebook post on Thursday, Zuckerberg denied that was the case. "Please don't spread inaccurate information," he posted.