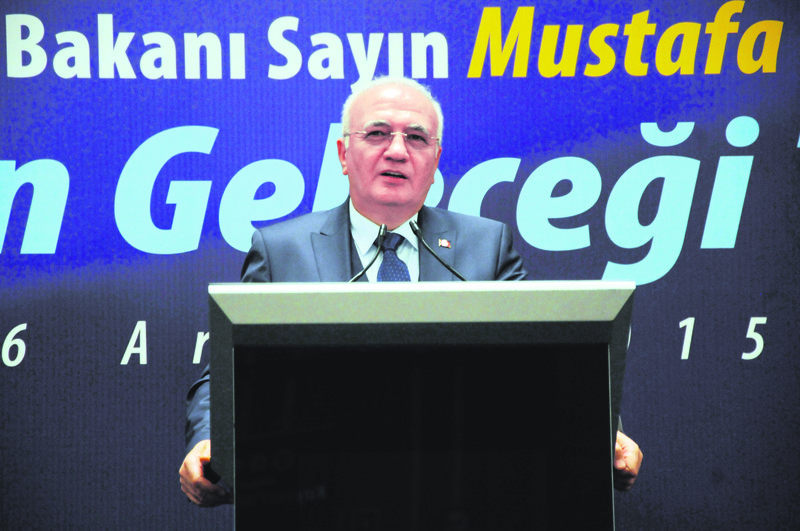 by Daily Sabah with IHA Dec 07, 2015 12:00 am
Economy Minister Mustafa Elitaş said Turkey has been engaging in deals to minimize its energy dependency on Russia following the crisis with Russia. Regarding the issue of trade, Elitaş said they have been working jointly with Deputy Minister Mehmet Şimşek to address the any potentially damaging issues regarding Turkey's trade sector and that the proposed solutions for Turkey's trade problems will be declared on Tuesday.

During his visit to Kayseri, Elitaş acknowledged the political and military issues resulting from the recent downing of a Russian warplane, Russian President Vladimir Putin insists on taking the issue to an economic scale in an attempt to worsen the crisis, adding that the ministry hopes that Russia will start taking more rational steps toward ending the ongoing crisis. After banning Turkish ships from entering Russian ports, the Kremlin continued to amplify the crisis by sending the goods back to Turkey after they had already been sent to Russian territories. Elitaş also expressed that, under orders from Prime Minister Ahmet Davutoğlu, the ministries evaluated the handling of the crisis under the leadership of Şimşek and examined the possible scenarios regarding the effects sanctions would have on Turkey's imports and exports. Furthermore, it is likely that Davutoğlu will make an announcement this week regarding the evaluation of these scenarios. Elitaş said "no one engaging in commercial relations with Russia should panic."

Elitaş also underlined that within the economy ministry, there is a special commission, which includes many representatives from the Turkish Exporters Assembly (TİM) and the Union of Chambers and Commodity Exchanges (TOBB), who aim to discuss every aspect of the crisis and the possible consequences on Turkey's economy. Elitaş added, "as a result of the meetings held, an action plan has been prepared which will benefit fruit and vegetable exporters by identifying alternative markets in which to sell the goods. Under the leadership of the ministry of agriculture, with the active participation of the producers, the problems will hopefully be overcome."

Moreover, Elitaş emphasized that "as the state, it is our responsibility to protect our sectors from any external shocks. If Russia puts emotions aside and acts more rationally and benevolently, then Russia will be taking the necessary steps towards ending the crisis. We were hoping to convey a positive message to Russia; however, Putin has made very harsh statements. Nevertheless, the politicians should act rationally and sensibly rather than emotionally."
RELATED TOPICS