Goods boycotted by Russia offered to public for free 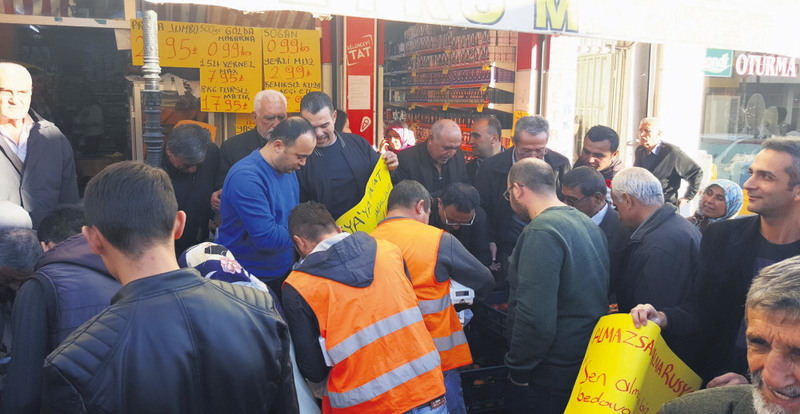 by Daily Sabah with Wires Dec 10, 2015 12:00 am
The owner of a local market chain in the Kadirli district of Osmaniye distributed 10 tons of citrus fruit for free to locals in reaction to Russia's sanctions on Turkish goods.

A businessman in Kadirli had an interesting response to the sanctions imposed by Russia on Turkish exported goods after Turkey downed a Russian aircraft that violated its airspace. Kasım Yasdıoğlu, the owner of a local market chain that has eight branches in Kadirli, purchased five tons of tangerines and five tons of tomatoes, which were to be exported to Russia but were instead rejected and returned to their producers by Russian customs - and distributed the fruits for free to the locals at the stand he established.

Banners read, "Free tomatoes and tangerines in spite of Russia," and "If you don't buy it Russia, we will distribute it for free." The locals initially showed surprise, but after a while formed long queues to receive the free goods. Yasdıoğlu said that he is personally boycotting Russian products in reaction to Moscow's rejection and boycott of Turkish goods. "I bought the goods returned by Russia from their producers out of my own pocket and distributed them to the consumers here. So, they can return our goods as long as they want to, I will continue distributing them for free," Yasdıoğlu said.
RELATED TOPICS