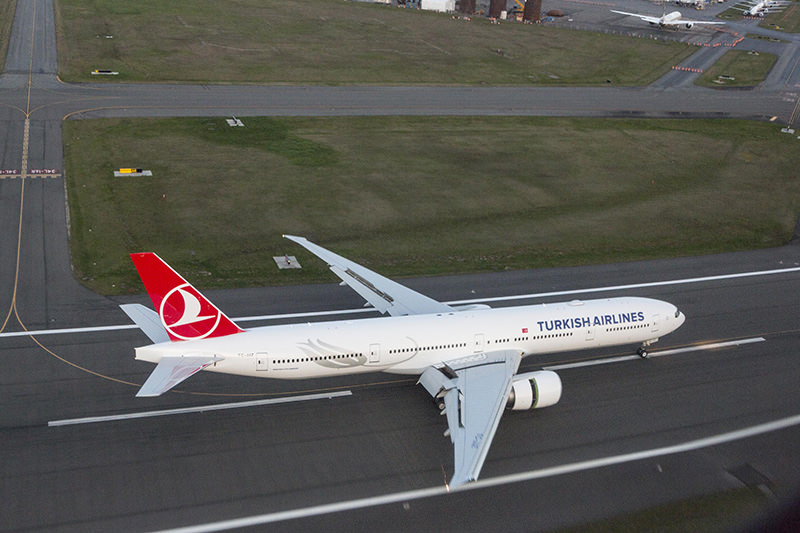 İlker Aycı, THY's board chairman, spoke to press members during the flight to Paris prior to the sponsorship signing ceremony.

Aycı stated that they have agreed with the UEFA for the sponsorship when two group matches were left at the qualifying stage for the tournament.

Underlining the THY brand is one of the leading aviation brands in the world, "The European Football Championship has been held since 1960. What is interesting is that an airline company sponsors this tournament for the first time, which is I can proudly say is THY," Aycı said.

Noting that they have agreed to sponsor the tournament before Turkey's National Football Team's participation was guaranteed due to their foresight and belief in the team, Aycı said that they support Coach Fatih Terim's idea that France and Turkey should play the opening match of the tournament. He added that they believe that the team will reach the final stage.

Aycı said that a plane with a special livery design will be given to the national football team during the tournament and it will continue its services will the same design when the tournament is concluded.

Along with the Euroleague finals, Aycı stated that they are continuing work for Turkey to host the 2017 European Basketball Championship. He added that preparations to sponsor the Super Bowl, which is the final championship game of the American National Football League (NFL), are at the final stage.

Renowned athletes and actors including Lionel Messi, Kobe Bryant, Caroline Wozniacki, Kevin Costner, Wayne Rooney and Didier Drogba were also featured in THY advertisements with sponsorship deals. THY has been the primary sponsor of the Turkish Airlines Euroleague since 2010, with a deal extending the partnership until 2020, and the company was among the sponsors of the 2010 FIBA World Championship.
In September 2014, THY became the main sponsor of the Japanese Bj-league. THY is also the sponsor of the Turkish Airlines Open, a European Tour golf tournament started to be played annually in Turkey from 2013 on.
Last Update: Dec 10, 2015 3:35 pm
RELATED TOPICS