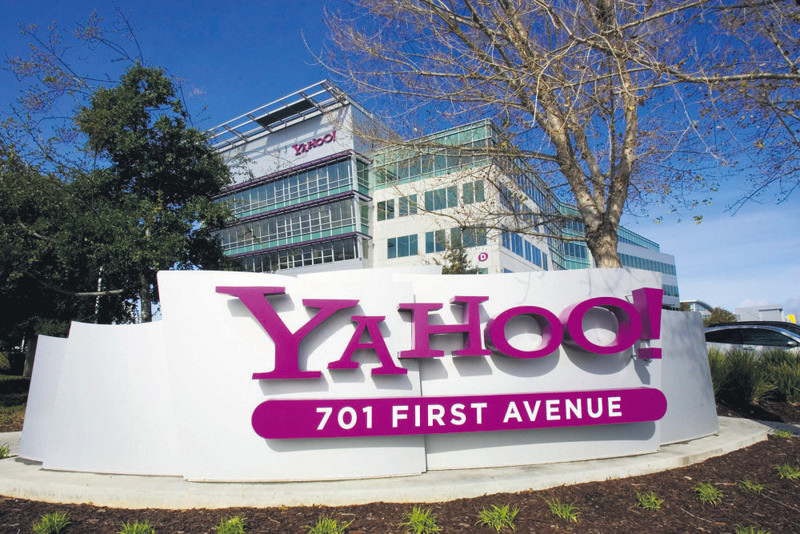 by Associated Press
Dec 10, 2015 12:00 am
Yahoo is scrapping its original plan to spin off its prized stake in China's Alibaba Group and will instead explore an alternative breakup that could make it easier to eventually sell its Internet business. Investors reacted positively to the about-face announced Wednesday as Yahoo's slumping stock edged higher.The change of heart comes after Yahoo's board met last week to review the proposed Alibaba spinoff, as well as CEO Marissa Mayer's stalled attempts to turn around one of the Internet's best-known companies.Instead of spinning off its Alibaba holdings, Yahoo Inc. now plans to pursue another course that would end up transferring the Internet operations that generate virtually all of its revenue into newly formed company. Shares in the newly hatched company would then be distributed to Yahoo shareholders, a process that could take a year to complete.

Yahoo Chairman Maynard Webb says there are no plans to sell the Internet business. "We believe that we are tremendously undervalued and we think the best path to unlocking that value is by separating the Alibaba assets from our operating businesses and also turning around the performance in our operating business," Webb said during a Wednesday conference call.

Even so, placing the Internet operations into a new company make it easier for investors to assess their value. That, in turn, could attract bids from prospective bidders, especially if Mayer isn't able to improve Yahoo's financial performance. She has promised to shake things up in a reorganization that will jettison Yahoo's least profitable services and potentially lay off hundreds, if not thousands, of workers.

Analysts say Yahoo's websites, mobile applications and ad services, along with its well-known brand, could fetch $3 billion to $5 billion from a list of potential suitors that could include AT&T Inc., Verizon Communications, Comcast Corp., IAC/InterActiveCorp and private equity firms that specialized in buying troubled companies.

In Wednesday's conference call, Mayer said the new plan will help ensure that Yahoo's Internet business is "accurately valued." She also reiterated she is "taking further steps to tighten our focus and prioritize our investments to drive growth." More details about the shake-up will be outlined late next month when Yahoo announces its fourth-quarter earnings.

The shift in direction is being driven by shareholders' demands that Yahoo minimize the taxes on a $1 billion investment in Alibaba that is now worth $32 billion.

The Alibaba spin-off had been set up as a tax-free shelter for Yahoo's 384 million shares in the Chinese company. That idea pleased investors until the Internal Revenue Service declined to rule that the Alibaba spinoff would qualify for a tax exemption. That raised the specter of Yahoo being hit with a tax bill of more than $10 billion on an investment currently worth about $32 billion. Despite that possibility, Mayer had been planning to complete the Alibaba spinoff by next month in a reflection of her belief that the split would gain tax-free status.

Yahoo Chairman Maynard Webb said the company decided to drop the original Alibaba spin off because of Wall Street's worries about the potential taxes.

The meetings Yahoo held last week included a discussion on whether to heed an activist shareholder Starboard Value's call for Yahoo to sell its websites, mobile applications and ad services that generate most of its revenue and recast itself to a holding company for its stock in Alibaba, a rapidly growing e-commerce company, and Yahoo Japan.

Those Asian investments account for the bulk of Yahoo's current market value of about $33 billion. Investors have concluded that Yahoo's Internet business is worth next to nothing, largely because its ad revenue has been sinking for years even though marketers have been steadily increasing their spending on digital campaigns. Most of those dollars, though, have been flowing to Google and Facebook.

Things were supposed to change when Yahoo lured Mayer, considered a rising Silicon Valley start, away from Google to become its CEO three-and-half years ago. But Yahoo has only showed modest signs of progress during her tenure, despite spending billions on acquisitions and product development.