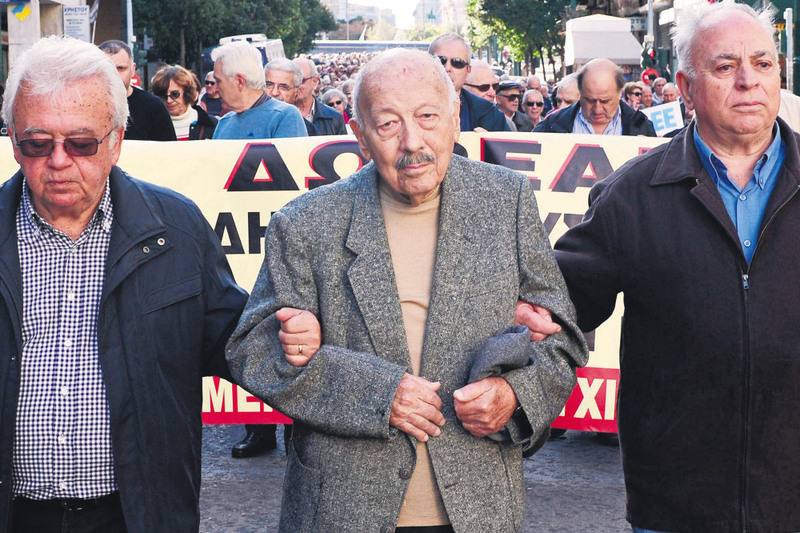 by Anadolu Agency Dec 12, 2015 12:00 am
The Greek bailout could be held up again as creditors and the government fail to agree on several key issues. The Greek government is trying to reach agreements with creditors on all issues so that the next sub-tranche of bailout aid of 1 billion euros ($1.09 billion) can be released. A marathon session of discussions between the Greek economic team and the country's creditors that lasted from Thursday afternoon to early Friday morning achieved some results, but left several key issues on the table. There is still no agreement on the management of non-performing loans at Greek banks, according to a Greek government spokeswoman.

Regarding the non-performing loans, there is no agreement yet on which of these will be sold to private funds by the banks. So far, creditors have only agreed to exclude mortgages for primary homes from this process.

Government spokeswoman Olga Gerovasili told the press on Thursday that this was a key issue and that "this is a package that speculators will want to exploit and we fight so that they do not pass the loans on to speculators." Greece also wants the agreement to include a regulation of the sale of business loans. There has been no progress on pension reforms, but discussion of the issue has been put off until January, but still, progress has been made on some key issues.

An agreement was reached regarding the management of the new privatization fund and the privatization of the Independent Power and Transmission Operator (ADMIE). The new fund will be managed by a five-member board of three representatives from the Greek government and two representatives from its creditors. Also, according to Greek media reports, the new privatization fund will no longer have a required long-term target income but will commit to ensure the recovery of 6.2 billion euros under the current privatization program. Concerning the privatization of the ADMIE, Greece and its lenders agreed on a public-private ownership model in which the government retains control of the majority 51 percent)and the remaining 49 percent will be allocated primarily to a strategic investor and the rest to the stock market. Negotiations will continue through Saturday.
RELATED TOPICS