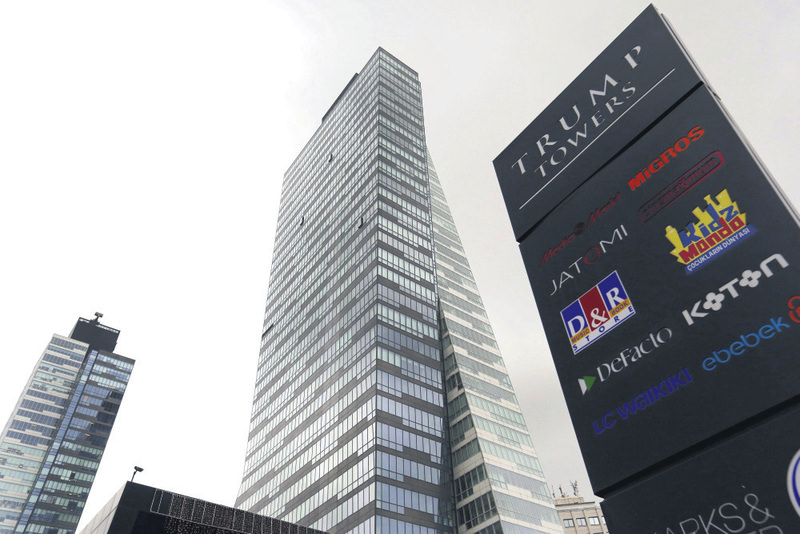 by Dec 12, 2015 12:00 am
The chief executive of the Trump Towers building complex in Istanbul said it would review its relationship with Republican U.S. presidential candidate Donald Trump after his discriminatory remarks that Muslims should be banned from entering the United States.

The Istanbul Trump Towers complex, which opened in 2012 at a cost of $400 million, has over 200 luxury residential apartments in the almost 40-story landmark twin towers in the Mecidiyekoy district of Istanbul. "We regret and condemn these discriminatory comments against Muslims," said the chief executive of Trump Towers Istanbul, Bulent Kural, in a statement quoted by Turkish media. He said this position had been transmitted to the Trump family. "We are examining the legal aspects of our relationship with the Trump brand," Kural added without giving further details on what action might be taken.

Trump, one of the frontrunners for the Republican presidential nomination, came under fire at home and abroad this week for his proposal to temporarily bar Muslims from entering the U.S. It came in the wake of last week's shooting by a Muslim couple in Sen Bernardino, California that left 14 dead. Kural said Trump's remarks were a "product of a mindset that never understood Islam as a religion of peace and tolerance." He added that Trump's comments aim to "abuse our religion for small political calculations." The Trump Towers in Istanbul are not owned by Trump himself but use his brand name under a licensing arrangement. There are Trump Towers in several U.S. cities and a handful of cities across the world including Mumbai and Toronto. However, the Istanbul development was the Trump Organization's first such complex in Europe. Its partner in the development is Turkey's Doğan Holding.
RELATED TOPICS