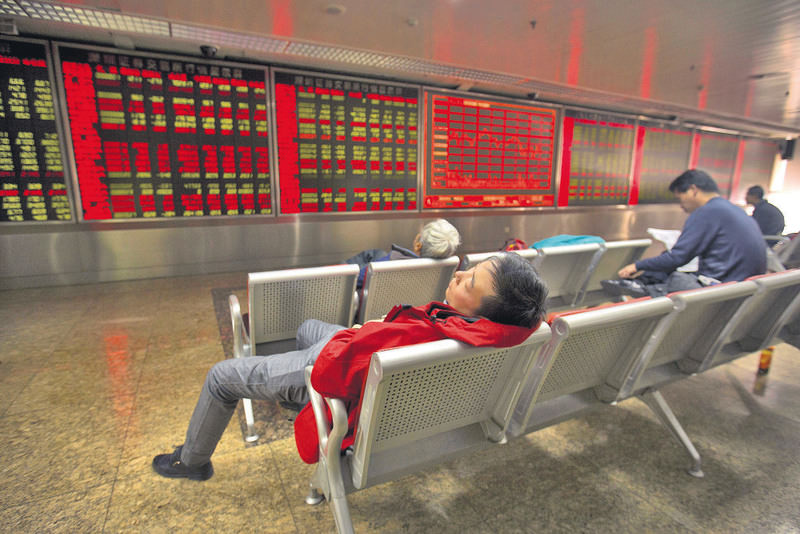 World stocks plummeted yesterday, reaching a two-month low on Friday due to the downward pull effects of low oil prices, a decrease in China's yuan to 4.5-year low and instability in emerging markets

World stocks were on the brink of a two-month low on Friday, as beaten-down oil prices, a slide in China's yuan to 4-1/2 year lows and turbulence in emerging markets created a sombre mood. Renewed volatility in oil markets and worries about China, the world's biggest commodities consumer, have pressured many markets ahead of a widely anticipated interest rate hike by the U.S. Federal Reserve next week.

The MSCI world equity index, which tracks shares in 45 countries, fell for a fifth straight day as emerging markets tumbled again and European shares hit a two-month low. U.S. stock futures pointed to losses on Wall Street. The euro was a touch firmer against the dollar after pulling back from a rise above $1.10 earlier this week. But the most striking currency moves came from emerging markets. South African's rand hit a new record low following this week's dismissal of the finance minister and Russia's rouble slumped 2 percent on weak oil prices, holding lower after the country's central bank left rates steady.

"Emerging markets are looking shaky - there are a whole number of things going on and number one is weakness in oil prices which is clearly hurting commodity exporters' currencies," said Investec chief economist Philip Shaw. "Everyone is also looking toward the Fed next week and there's a tug of war between an aversion to higher interest rates in the U.S. and getting closure," he said.

U.S. retail sales, inflation and consumer sentiment data due between 1330 GMT and 1500 GMT could cement expectations that the Fed is gearing up to hike rates for the first time in a decade at its Dec. 15-16 meeting. Fed fund futures place an 85 percent chance of the Fed raising rates next week.

China's yuan fell to 4-1/2 year low at 6.4564 per dollar and posted its longest weekly losing streak in a decade, raising questions about how far Beijing intends to let the currency depreciate. China's economic growth is within a reasonable range but the economy still faces challenges, Premier Li Keqiang said on Friday.

European shares fell 1.5 percent, declining for a fourth straight session, while MSCI's broadest index of Asia-Pacific shares outside Japan hit a two-month low and posted a weekly loss of just over 3 percent. Emerging market stocks were down for an eighth day running and on course for their worst week since September, while Chinese shares closed lower ahead of a spate of economic data scheduled to be released on Saturday.

"We are in risk-off mode," said Piotr Matys, emerging market currency strategist at Rabobank in London. "Another round of selling in commodities with oil prices at new lows has sent global stocks lower and emerging market commodity currencies are under pressure."

German bond yields were set to record their biggest weekly fall in four weeks as weak oil prices helped boost expectations that low inflation may lead to further easing from the European Central Bank. Elsewhere, the dollar index, which tracks the U.S. currency against a basket of six major rivals, edged down slightly. It was on track for a weekly loss of about 0.6 percent after investors trimmed dollar-long positions before the Fed meeting.