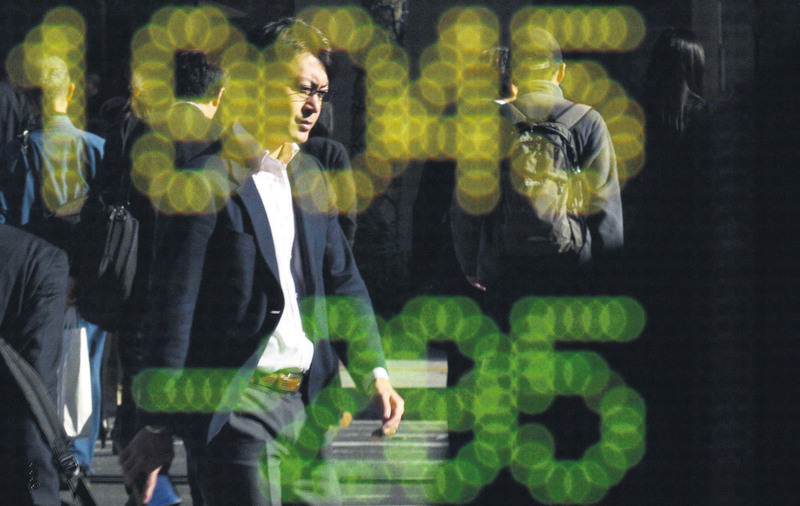 Due to the International Energy Agency‘s warning of further fall in oil prices next year, expectations of a U.S. rate hike and the weakness of China's yuan, volatility was prominent in world stock markets on Monday

Asian stocks traded in the red but European stocks showed more signs of life, recovering from their worst week in almost four months to open this week on a positive note. Emerging markets struggled for direction, weighed down by the weakness in China's currency, Asian stocks and oil, but buffeted by a surge in South African markets after Pravin Gordhan was re-appointed finance minister. In early trading on Monday, the FTSE EuroFirst index of leading 300 shares was up 0.6 percent at 1,406 points. That followed last week's 3.8 percent fall, the second biggest weekly fall this year. Britain's FTSE 100 was up 0.6 percent and Germany's

DAX was up 0.4 percent, in stark contrast to Asia, where MSCI's broadest index of Asia-Pacific shares outside Japan hit a 2-1/2-month low and was last down 0.8 percent and Japan's Nikkei fell 1.8 percent.

The People's Bank of China on Monday continued guiding its currency lower, setting the yuan/dollar official midpoint at its weakest since July 2011.

Beijing's introduction of a yuan rate index against a basket of peers, seen as a move traders said would depeg the renminbi from the greenback over time, further weighed on the yuan.

Oil prices continued their freefall after the International Energy Agency (IEA) warned that global oversupply could worsen next year. Brent crude fell below $38 a barrel for the first time in seven years on Friday and was last down 1.6 percent at $37.30, within a few cents of Friday's low.

The scattergun nature of global markets comes as the U.S. Federal Reserve is likely to raise interest rates for the first time in almost a decade later this week.

"Nerves are fraying ahead of the Fed's expected decision to lift U.S. rates on Wednesday. And this might just be a foretaste of what's to come if the market does not like what the Fed has to say on Wednesday," said Steve Barrow, head of G10 strategy at Standard Bank in London.

Talk of so-called "currency wars" picked up again after China's decision to loosen its grip on the yuan and allow slow but steady depreciation in recent weeks added to concerns that the economy may be more fragile than expected.

China late on Friday launched a new trade-weighted yuan exchange rate index. Beijing said it was intended to discourage investors from exclusively tracking the yuan's fluctuations against the greenback.

Data on Saturday painted a slightly brighter economic picture, however. Factory output growth accelerated to a 5-month high, while retail sales rose at an annual 11.2 percent pace, the strongest this year. Spot yuan fell to as low as 6.4665 to the dollar, its lowest since mid-2011, taking its losses far this year to about 4 percent. Volatile Shanghai stocks ended Monday 2.5 percent higher, the biggest rise since Nov. 4. "We seem to find ourselves edging towards the next, most worrying phase of FX Wars ... to a synchronized attempt by all major economies to keep their currencies from appreciating, or to guide them lower," Rabobank analysts said on Monday. "Logically, that cannot be achieved for all of them, and if

China manages to succeed in its goals, it will mean others are failing to do so, potentially forcing other central banks to retaliate," they said. South Africa's rand had been one of the biggest movers down in recent months, in part due to investor concerns over the country's political turmoil, particularly the instability surrounding the position of finance minister.