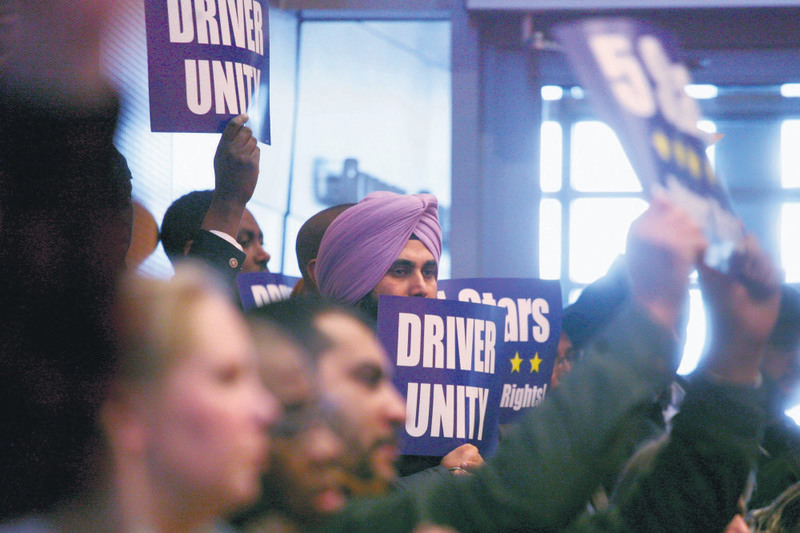 by Associated Press Dec 16, 2015 12:00 am
Seattle on Monday became the first city in the nation to allow drivers of ride-hailing companies such as Uber and Lyft to unionize over pay and working conditions. Supporters erupted into cheers after the City Council voted 8-0 in favor of the legislation, which is seen as a test case for the changing 21st century workforce. The companies strongly oppose it, and several council members acknowledged there would be legal challenges ahead but said it was worth doing. The measure requires companies that hire or contract with drivers of taxis, for-hire transportation companies and app-based ride-hailing services to bargain with their drivers, if a majority shows they want to be represented. Drivers would be represented by nonprofit organizations certified by the city.

Seattle has been a national leader on workers' rights, such as gradually raising the minimum wage to $15 and requiring most employers to provide paid sick leave. Many drivers in Seattle are immigrants who depend on full-time work, but some make less than minimum wage and lack basic worker rights, such as sick leave and protection from retaliation, he said.
RELATED TOPICS