Turkish deputy PM: No need for discussions over central bank 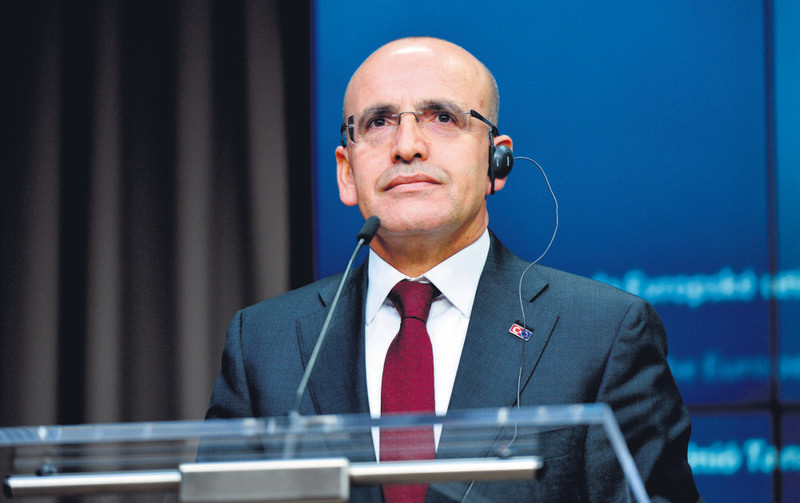 by Daily Sabah Dec 17, 2015 12:00 am
Deputy Prime Minister Mehmet Şimşek said the discussions regarding the independency of the Central Bank of the Republic of Turkey (CBRT) should end with the start of the opening of the 17th chapter in membership negotiations with the European Union. The chapter deals with economic and monetary policies and opened at the intergovernmental conference in Brussels. This chapter requires enhanced economic coordination and stronger economic structures among the member states.

Speaking on Bloomberg HT TV, Şimşek explained that the 17th chapter is more meaningful to Turkey than EU membership, saying "the 17th article is very important in terms of the permanence of the low levels of inflation and interest rate." Şimşek underlined that the process of membership, which has been reinitiated by this article, contributes to Turkey's dynamism and prompts the country to make reforms. He also emphasized that the 17th article will result in ensuring the macro financial stability of Turkey. Moreover, stressing that with the contribution of the EU as an anchor, Turkey has lowered its interest rate to single digits and has been attempting to keep the inflation rate below 5 percent. Portraying this as a success story, Şimşek said the 17th chapter, which will further contribute to Turkey's macroeconomic stability, makes the discussions on the CBRT senseless. Furthermore, Şimşek said "the fundamental mission of the Central Bank is price stability. Price stability is crucial for Turkey. Along with price stability, Turkey can enhance its growth potential; thereby, it can increase its welfare. Price stability is correlated with macroeconomic stability which brings about growth."

Noting that the implementation of the road map will bring about a positive atmosphere and commenting on the Federal Reserve's possible initial interest rate hike, Şimşek said, "I expect an interest rate hike from the Fed, which would be beneficial. We [the government] are a team with the CBRT and in the U.S., there is the same team vibe. It is not possible for the U.S. to act independently from global developments. What matters is that the amount of the hike is reasonable. It is important for the CBRT to simplify its monetary policy. Although the Fed implements a rate hike, I do not foresee a synchronized rate increase." Şimşek also added that "along with the collapse of commodity prices, the risk appetite for the emerging economies has been diminishing. The impact of the decrease in commodity prices is permanent since it narrows our trade deficit. Making reforms is hard; therefore, we established a committee to track reforms. We are clear about the issues such as political ethics, rents, public bid law...we are ready to work [on reforms] with the opposition." Moreover, Şimşek added that they have been working to alleviate the burden to be taken on by the private sector in regards to the minimum wage hike.
Last Update: Dec 17, 2015 2:07 am
RELATED TOPICS