Sale price of Turkey's first national aircraft to be $20 million 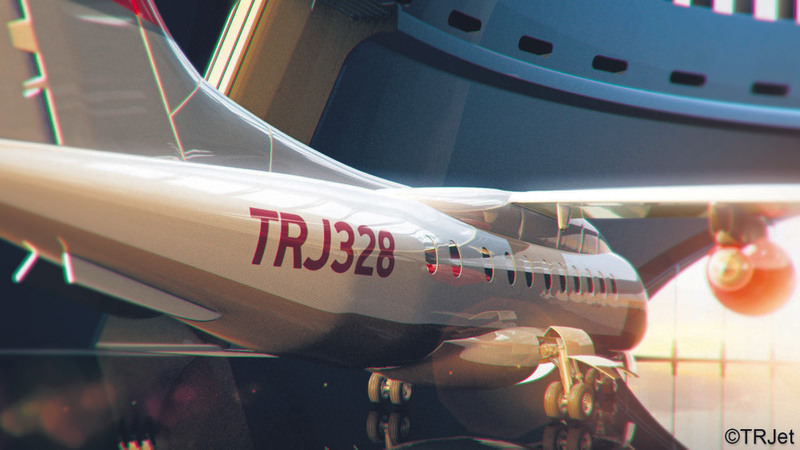 by Barış Ergin Dec 18, 2015 12:00 am
The sale price of the TRJ328, a modernized version of the existing certified and globally accepted D328, has been set at $20 million. The TRJ328 will be used as a stepping-stone toward production of Turkey's first domestically designed aircraft, the TRJ628, and is part of the Regional Aircraft Project. The production facilities will be established in Ankara, and 50 pre-orders have already been placed for the TRJ328.

Turkey will make a breakthrough in 2016 with the production of the first domestic regional passenger aircraft, and only a few select countries have the capacity to produce this type of aircraft. The Turkish Armed Forces (TSK), the General Directorate of Security and various ministries and chambers are showing interest in the new aircraft as well. TRJet General Manager Cem Uğur stressed that they are currently working to establish production facilities for the first Regional Aircraft Project in Ankara near the Esenboğa International Airport with the capacity to produce two aircraft per month.

The final deals for the project are currently being made with the Sierra Nevada Corporation (SNC). While the SNC will have a major investment in the project, Uğur said their target is to ensure that supplies are sourced from as many domestic sub-industries as possible. While many companies are willing to be suppliers, international licensing is required for production. "As long as it is feasible, we will be using domestic parts and products," Uğur added.

As the main aim is to ensure that the aircraft is competitive, Uğur said they will purchase supplies from local firms that offer reasonable prices and high-quality components. The export price of the domestic TRJ328 will be around $1,200 and will include one-and-a-half million parts, while the second aircraft, the TRJ628, is expected to consist of more than 2 million parts.

Uğur said worldwide passenger air traffic will double in the next 15 years, with passenger numbers expected to reach approximately 6.6 billion by 2030. He added that Turkey's strategic aim to become one of the key producers of domestic aircraft has come at the right time. Domestic flights as well as short flights to neighboring countries will be more accessible with the launch of this aircraft, which will be able to accommodate 32 passengers. "We believe this aircraft will compensate for the lack of flights between small cities and the shortage of destinations in the market. Our aim is not to compete for the flights between Ankara and Istanbul but to arrange flights between these flights; for example, from the city of Gökçeada to Istanbul or from Konya to Hakkari," Uğur said.

The domestic aircraft drew interest at the latest industry fair held in Qatar, and Uğur said his company plans to utilize part of the plane's capacity for international flights.

After production of the TRJ328 is complete, the aircraft will boast a maximum speed of 750 kilometers per hour, a flying range of 3.720 kilometers and a required runway length of 1,400 meters. The TRJ628 model aircrafts - which can accommodate 60 passengers - will begin at a later date, but has a farther projected completion date due to a lengthy certification process. The first flight of the TRJ628 is set for 2023.

Regional aircraft with a capacity of less than 100 passengers are more economic and sustainable for short-range flights. Uğur said the TRJet aircraft will meet the requirements of the market, enhancing trade in the region and leisurely travels.
Last Update: Dec 18, 2015 1:24 am
RELATED TOPICS