Ovit mountain tunnel to be finished by August 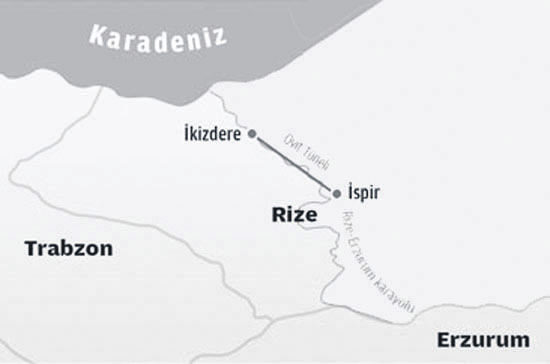 by Daily Sabah Dec 21, 2015 12:00 am
Transport, Maritime and Communication Minister Binali Yıldırım said construction work on the Ovit Tunnel, which is expected to be the world's second longest tunnel with 14.7 kilometer-length, has been "intensive."

Yıldırım also added that the tunnel will be completed by August 2016.

The minister further stated that the completion of the tunnel will significantly decrease the distance between the eastern province of Erzurum and the Black Sea city Rize.