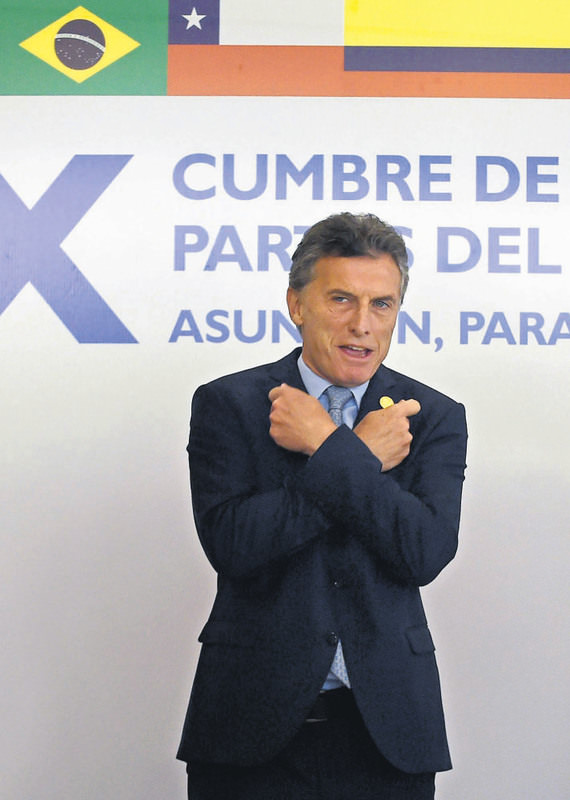 by Dec 23, 2015 12:00 am
Argentina's new President Mauricio Macri said on Monday that the country's poorest families would receive a cash handout over the Christmas holiday to compensate for an increase in prices after a near 30 percent devaluation of the peso last week. Since taking office 10 days ago, the free markets advocate has already fulfilled many of his campaign pledges to cut export taxes, lift capital controls and float the peso in a bid to improve Argentina's competitiveness. Critics have said Macri is helping big business at the expense of the poor as the measures will immediately benefit exporters operating in the grains powerhouse while fuelling inflation, thereby hurting consumers, especially those with low incomes. "We have noted some prices of basic goods creeping up, which is why .... we have decided on this contribution of 400 pesos while we work with businesses and unions so that this transition is as orderly possible" Macri said at a news conference. Around 8 million people will receive the aid by the end of next week. It will cost public coffers around 3.300 billion pesos (US$257 million). Economists have said Macri's measures will likely cause Latin America's third largest economy to contract at the start of next year, as the devaluation fuels inflation already running at around 25 percent and affects private consumption. But if the government manages to put a lid on price increases, the economy should return to growth by the end of 2016 as exports increase and investment starts flooding in, and expand strongly in 2017.

Alejo Puente, chief strategist at local investment bank Puente, said he expected inflation to accelerate to around 4 percent over the coming months from 1.9 percent monthly now, reaching an annual rate of around 34 percent in February. The big challenge will be getting Argentina's mighty unions to agree on hikes more in line with projected full-year inflation than the inflation at the start of the year. Wage talks are scheduled for March. Macri looks set to use a possible reduction in the number of workers paying income tax as a bargaining chip in negotiations.