New Zealand court rules Kim Dotcom can be extradited to US 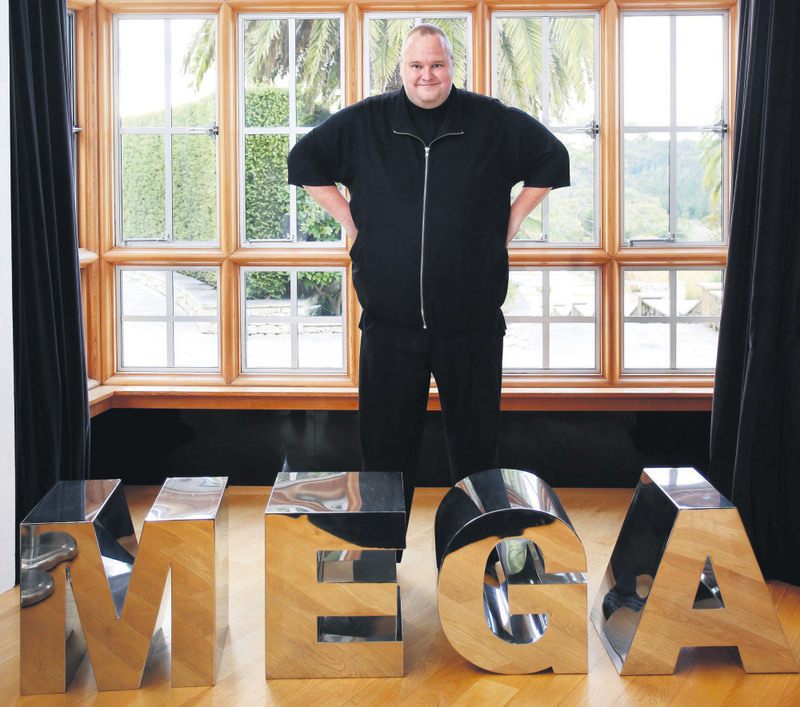 The Internet mogul who founded the now-defunct file-sharing site Megaupload from where millions of people downloaded movies and songs, can now be extradited to the U.S. to face criminal copyright charges

Kim Dotcom vowed to fight a New Zealand court ruling Wednesday that he can be extradited to the United States where he is wanted on piracy-related charges. Judge Nevin Dawson's ruling came nearly four years after U.S. authorities shut down Dotcom's file-sharing website Megaupload, which was once one of the Internet's most popular sites. Prosecutors say it raked in at least $175 million, mainly from people using it to illegally download songs, television shows and movies. The U.S. has charged the men with conspiracy to commit copyright infringement, racketeering and money laundering. If found guilty, they could face decades in jail. But appeals to the extradition ruling are likely to take at least another year. "It will end up in the Supreme Court, there's no doubt about it," said Dotcom's lawyer Ron Mansfield, referring to New Zealand's highest court. "The legal issues are so interesting and complex."

Judge Dawson, who presided over the nine-week hearing, wrote, "The overwhelming preponderance of evidence ... establishes a prima facie case to answer for all respondents on each of the counts." The judge was required only to decide whether the U.S. had a valid case, and not whether he thought the men were guilty or innocent. The U.S. argued that the site cost copyright holders, which included Hollywood's major movie studios, more than $500 million. Prosecutors say intercepted communications show the men talking about being "modern-day pirates" and "evil."

Dotcom argued that he can't be held responsible for others who chose to use his site for illegal purposes, and that any case should have been heard in civil court. The case could have broader implications for Internet copyright rules. Mansfield said that if the U.S. side prevails, websites including YouTube and Facebook would need to more carefully police their content. The case also raises questions about how far U.S. jurisdiction extends in an age when the Internet has erased many traditional borders. Dotcom says he has never set foot in the U.S. Born in Germany as Kim Schmitz, Dotcom has long enjoyed a flamboyant lifestyle. He was arrested in New Zealand in 2012 after a dramatic police raid on his mansion.

Out on bail soon after, he released a music album, started another Internet file-sharing company called Mega, and launched a political party which unsuccessfully contested the nation's 2014 election. In addition to Dotcom, who founded Megaupload and was its majority shareholder, the U.S. is also seeking to extradite former Megaupload officers Mathias Ortmann, Bram van der Kolk and Finn Batato. "Justice was not served today," Ira Rothken, another of Dotcom's lawyers, wrote on Twitter. New Zealand Justice Minister Amy Adams is required to sign off on any extraditions. In a statement, Adams said she would wait for the conclusion of any appeals before making a final decision. Even her decision can be subjected to judicial review. The men remained free on bail after Wednesday's ruling, pending their appeals. Before the ruling, Dotcom wrote on Twitter, "This is my weirdest Xmas ever."
RELATED TOPICS